We managed to catch the Beautiful Ocean Event at Midvalley Megamall before it ended. If you missed it, check out the photos. The set-up was really lovely. 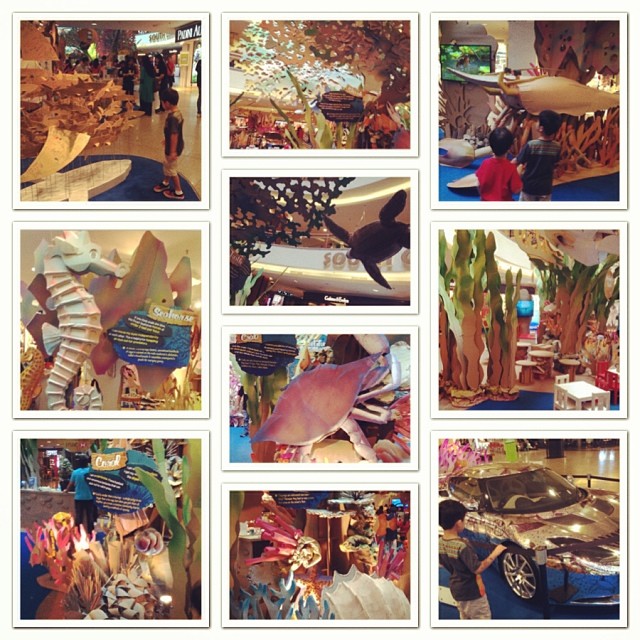 We signed the pledge to stop eating shark’s fin – at least I did – and G1 learned a bit more about what happens to the sharks when they get caught for their fins. He’s also decided he’s not going to eat shark’s fin.

G1 got a scorpion tattoo that he was really proud of. 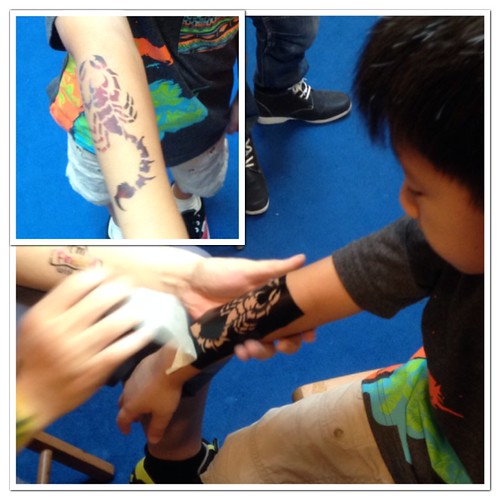 A woman saw it on his arm while we were at a shop and she commented on how “cool” it looked. G1 then said he was going to get a real one when he grew up. If only he actually knew what was really involved in getting a REAL tattoo… given his aversion for pain, I think he’ll be changing his mind pretty fast.

G2 was really excited about getting an “octopus” tattoo until he saw the process. He freaked out (probably because of his past experience with hospitals and needles) and changed his mind about it. After that he was in a pretty sore mood for the rest of the morning and refused to take pictures with the sharks. Ah well, at least G1 enjoyed himself…