For their last art class, G1’s art teacher decided to flip the classroom with a Trebuchet project.

Trebuchets were a type of siege engines used during the Middle Ages. It has 3 distinguishing characteristics:

The kids were supposed to learn how to make a trebuchet by watching the following videos to get ideas:

They were supposed to come up with their own trebuchets using chopsticks, tape, string, elastic bands, and plastic spoons. G1’s teacher said they could work on them at home if they wanted to. Seizing the opportunity as a terrific father-son activity, I told DH about it. I figured since he’s the family engineer, it would be the perfect project for them to work on together.

This is what they came up with for school (G1 worked on it while DH talked him through the concepts of structural strength): 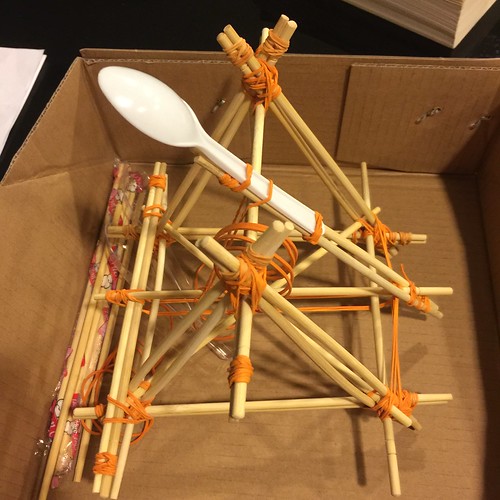 The counterweight, in this case, is the operator’s finger pulling the throwing arm back. Yes, not as fancy, but sufficient for the class requirements. According to G1, the trebuchets were going to be tested against each other for throwing and strength. I got the impression they were going to fire projectiles at each other’s trebuchets to see which one was the last one standing. Sounds like every boy’s dream lesson – or rather, that would be G2’s dream lesson. DH’s too, come to think of it.

Update: It turns out the trebuchets were only being tested for throwing distance. G1 was really happy that his went the farthest.

Trebuchet extention ideas: what changes could we make to the existing trebuchet design to increase the throwing distance?

Maybe we should build Leonardo da Vinci’s catapult next: 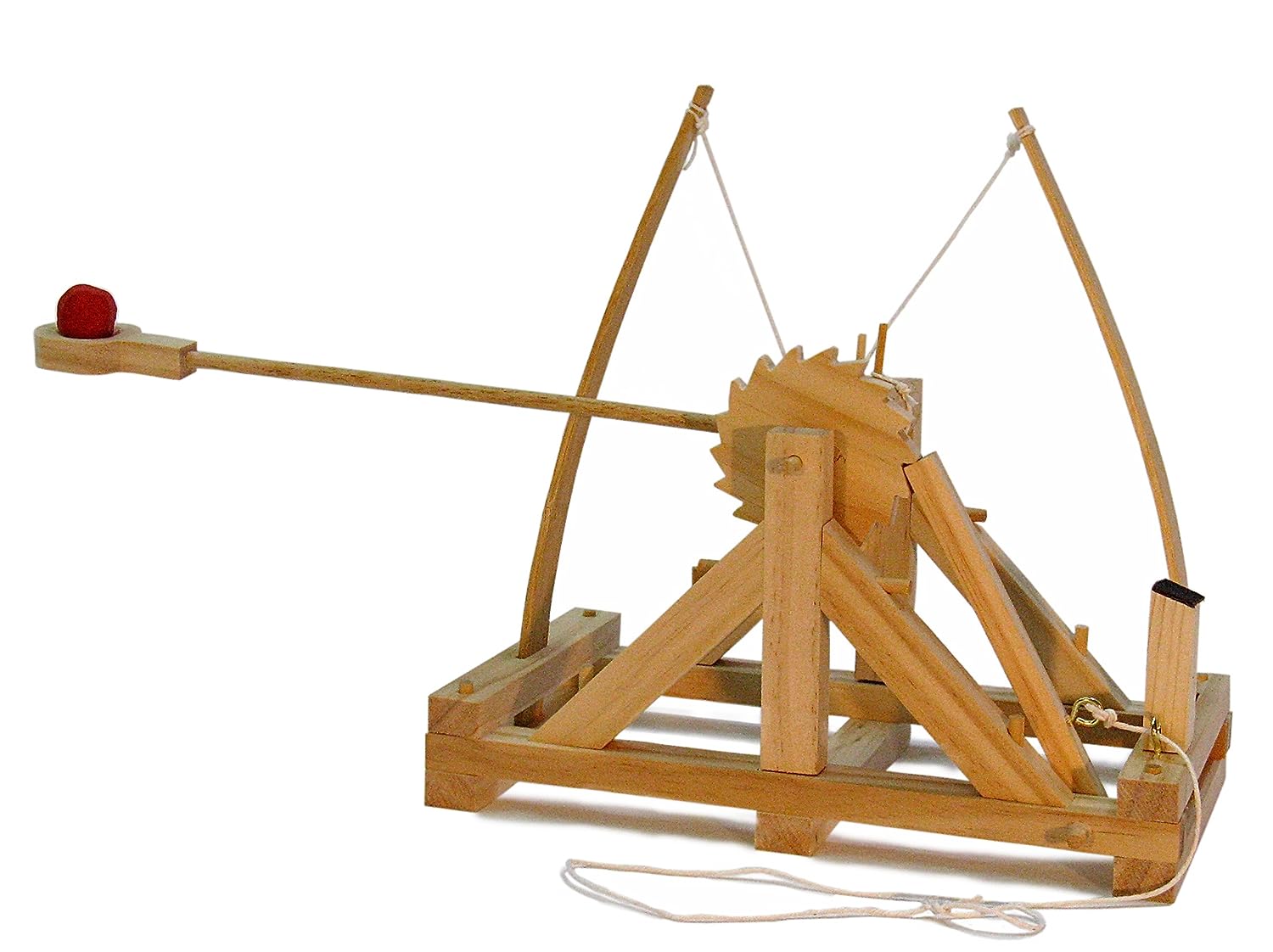