Further details on the benefits of learning a second language
Why Learn a Second Language?

What Science has found out about Bilingualism:

Bilingual speakers process information more efficiently and more easily than those who know a single language. The benefits occur because the bilingual brain is constantly activating both languages and choosing which language to use and which to ignore.

The act of juggling two languages strengthens the brain system that helps people pay attention. That strong capacity to focus might be what leads to better academic performance in some children who grow up bilingual or attend language immersion programs.

Most young children are essentialists: They believe that human and animal characteristics are innate. That kind of reasoning can lead them to think that traits like native language and clothing preference are intrinsic rather than acquired. Bilingual kids, however, are more likely to understand that it is what one learns, rather than what one is born with, that makes up a person’s psychological attributes.

5. Children can learn two native languages as easily as they can learn one, therefore it is better to allow children to be exposed to multiple languages early.

6. Bilingualism delays the onset of Alzheimer’s by more than four years.

Resources for Teaching a Second Language 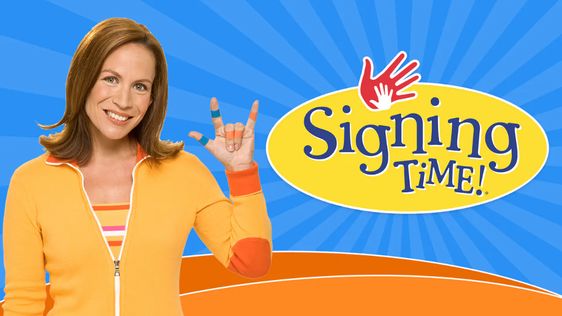 Signing Time teaches parents and infants to sign by displaying the written word, a picture of the word, the sign and a demonstration of the word.  The lesson is then reinforced through music and movement.  Children are learning through a multi-sensorial approach – they see the word, hear the word, say the word and model the word using their hands. Signing Time show many examples of young children signing which help babies gain confidence.  Being able to watch children signing, parents learn the possible variations of signs due to a child’s dexterity limitations which helps them recognise their own child’s attempts to communicate through Sign. Signing Time not only enhances speech development, but it also helps to develop spelling, writing and reading skills. Get started now.