Halloween costume – number 2 of 3: the chick costume. Costume number 1 was the Gastly.

My SIL saw this on Pinterest and couldn’t resist the idea of dressing up her daughter in the same outfit for Halloween.

The Internet is flooded with cute chick costumes for toddlers and I’m sure there are plenty of instructions out there. This is how we made ours…

What you will need: 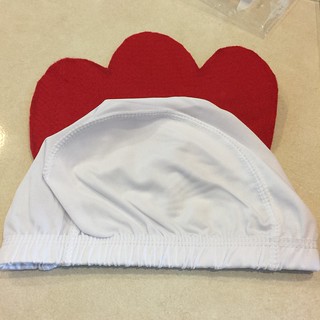 Cut the chick’s comb out of red felt. I did a free-hand version. You’ll need two pieces. Sew them together along the curved parts (shown below) and turn it inside out. 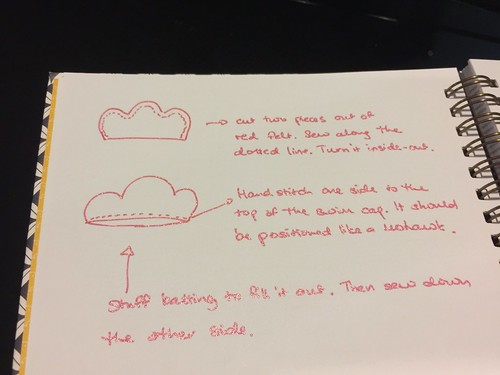 Stitch one half of the opened edge of the chick comb to the top of the swimming cap. It should be positioned like a mohawk. Stuff quilt batting through the opening and sew down the other side. The end result should look something like this: 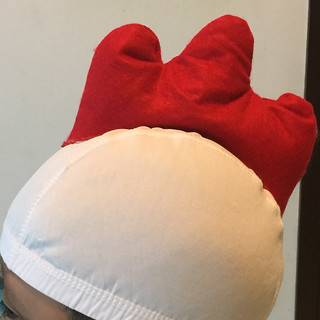 A couple of things I would have done differently:

Turn the gloves inside-out and sew down the last finger as shown below. 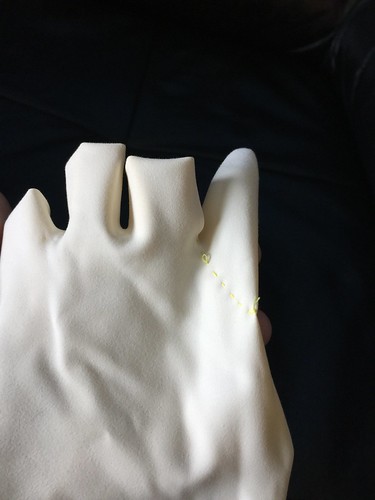 Turn it back the right way around. Take a chenille stem and fold it in half. Twist the two halves together. 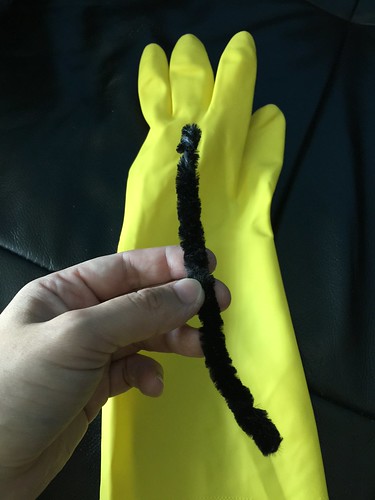 Bend the twisted chenille stem and insert it into the thumb and first finger of the glove. Stuff quilt batting into each of the four glove fingers and a little more to form the foot. Bend the glove thumb backwards to form the chick’s back claw. 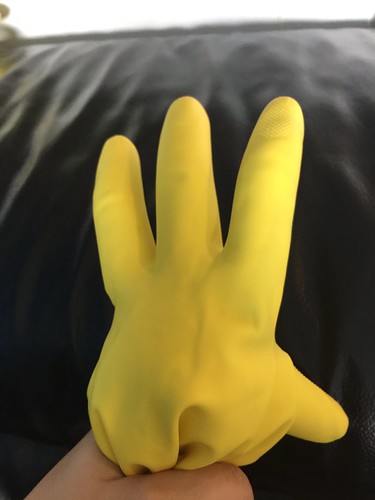 Draw a triangular wedge as shown below and cut it out. 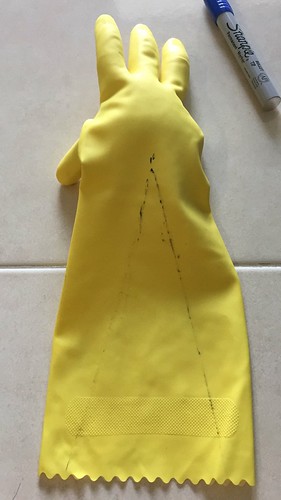 Use the two strips of glove to tie the chick’s foot around your child’s ankle like this: 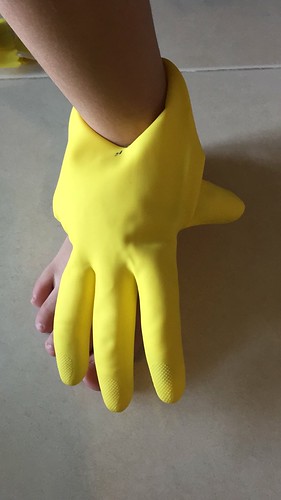 Sew the white feather boa to the t-shirt/romper. The completed costume should look like this: 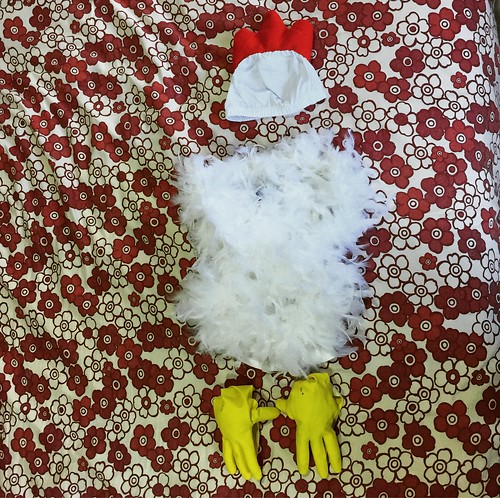