I remember the first time my SIL told me about the Growth Mindset. She had read that telling kids they were smart could ruin them. I also remember the skeptical look I gave her. It was such a radical thought that I couldn’t wrap my mind around it. Until I dug a little deeper…

The Secret to Raising Smart Kids

Hint: Don’t tell your kids that they are. More than three decades of research shows that a focus on effort-not on intelligence or ability-is key to success in school and in life. – Carol Dweck

What I read sent me reeling. Suddenly, everything that I had experienced through school made sense. The paralysing fear and anxiety of under performing no matter how many teachers believed in my ability. It didn’t matter how well I did in school, I never felt “good enough”. I was a wolf in sheep’s skin, masquerading among the “smart” kids, bearing a title that didn’t truly belong to me but too afraid to admit the truth. After all, if I’m so smart, why aren’t the answers easy?

I took the praise and made sure I never did anything to destroy the mirage. When I was in Year 12, I was offered the opportunity to take University-level Maths. My school wanted to give the “top” students in the advanced Math class the opportunity to take on extra challenges. Since it was optional, I declined. “It’s final year,” I said. “I just want to concentrate on the subjects I need to do well in for this year.” Inside my heart, I squashed the real truth – that I was afraid it was too hard for me and that others would discover the truth that I wasn’t smart when I couldn’t answer the questions.

Academically, I had always been a good student. Despite it being a “strength”, I had developed such a fixed mindset about my “intelligence” that it was debilitating. Instead of pushing myself to go further, I was always holding back and staying where I was most comfortable. I would excel rapidly at new things and quit when the going got tough – before anyone could see me struggle or fail. Instead of looking at the challenge as an opportunity to become better, I saw it as a threat that could expose my true lack of ability.

Stumbling onto a Growth Mindset

When I was in school, I was the stereotypical Asian girl – hopeless at PE. I couldn’t run and I couldn’t throw a ball to save my life. Not only did I have butterfingers, but I also had two left feet. I was as graceful as an elephant on stilts. I was so bad at PE that I was always the last kid to get picked for a team. Even then I only got picked because they had to put me somewhere. I was THAT kid – the one that no one wanted on their team because I was a liability.

In rounders, the team captain would always assign another fielder to stand next to me to catch all the balls I couldn’t – which was all of them. When it came to batting, the opposing pitcher would have to be extra nice to me because even then there was about a 90% chance I would miss the ball. So yeah, I had many unpleasant memories of PE that I would be only too happy to forget.

One Summer, my brother discovered cricket. He was so obsessed with the game that he roped me into practicing “backyard cricket” with him all Summer. When I got back to school the following year, several jaws dropped when I had a good batting run during a game of cricket. I wasn’t even that great. It was the fact that I could actually hit the ball that surprised everyone. Yes, practice tends to have that effect – even the worst player in the world has to improve after an entire Summer of “backyard cricket”.

The Real Lesson from a Growth Mindset 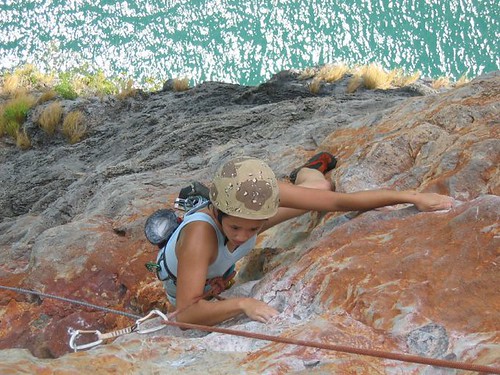 It wasn’t until I started rock climbing that I really started the journey of developing a growth mindset. A group of my friends had taken to rock climbing after work and I joined them only because I had nothing better to do. I can’t really say I had any particular love for the sport – at least, not in the early days. Like every other sport I had ever tried, I was spectacularly abysmal at this one.

The tipping point was when a friend introduced me to outdoor rock climbing. That was the day everything changed for me. No, I was not any better at climbing outdoors, but I did enjoy the experience a whole lot more. Angela Duckworth says that this is the moment your mindset begins to shift – when you can say, “Wow, I’m so bad at this but I really love it.”

I started climbing more, asking for advice, and following training regimes. I listened to any climber who was willing to spend a few minutes talking to me about how to get better at it. At the peak of my climbing, I would be at the crag every weekend until dark. When I wasn’t climbing, I was watching videos, reading climbing magazines, and talking rock climbing with similarly obsessed rock climbers.

The day it dawned upon me that I had broken my glass ceiling was when another climber shook his head when I professed I was “just a beginner”. “Beginners don’t climb the routes you climb,” he said. I was so focused on climbing and enjoying myself, that I didn’t notice I had gotten better at it.

When I think about the one thing I wish I had known way back when I was still in school, it would be this: that it is okay to fail. There is a pressure to being “smart” that is incredibly stifling. It locks us into a mindset that we must never do wrong – no mistakes, no failures. That is the single most destructive thing that a child can believe.

We need permission to fail.

In Edward Burger’s “The 5 Elements of Effective Thinking“, he writes a whole segment about using failure to succeed. Mistakes allow us to improve as long as we use them to understand where we went wrong and how we could be better the next time. If we never allow ourselves to do anything that could lead to mistakes or failures, we never get that opportunity to improve from it.

The Process of Getting Good 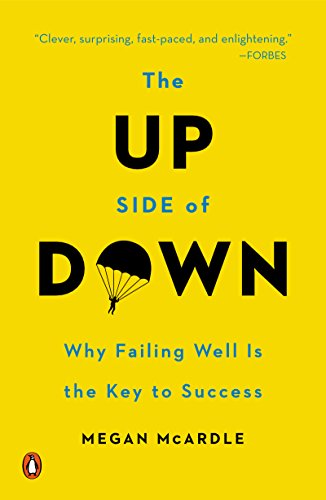 Everyone, even the best of us, goes through a process of improvement where we have to work on our craft to get really good at it. Unfortunately, when we look at all these amazing achievers in the world around us, what we see is just the end result.

Megan McArdle highlights this in The Up Side of Down: we don’t get to see the poorly written rough drafts and the discarded ideas, what we see is a final product that has been polished to a high shine. No wonder we romanticise the creativity myth as some magical power some people are just born with. The perpetuation of such myths needs to stop. Our children need to know that even Mozart had to struggle for his musical genius.

Similarly, in Barking Up the Wrong Tree, Eric Barker shares insights on how comedians get good. When we see them on live TV, we think they’re regular funny guys who throw witty quips and famous one liners on the spur of the moment, off the tops of their heads. That’s because we’ve never seen them tell bad jokes in small, unknown events to help them figure out what works and what doesn’t.

What I have Learned about Mindsets

The thing about an idea is that you can know it, understand it, agree with it even, but still have trouble implementing it. The growth mindset makes a lot of sense to me and I have past experiences of growth and fixed mindsets to rely upon. Even then, I still find myself stumbling, and falling back to fixed mindset habits.

The things that I pick up more easily are usually the worst. That’s when I am in greatest danger of falling into a fixed mindset. The more I have to struggle, the closer I am to the growth mindset. It is as if the struggle reminds me that the effort is what counts.

I believe that the most important thing to remember about the growth mindset is that it is a journey, not a destination. It is a continuous undertaking that we will never complete because, just like in everything else in life, we can always get better at it. That is the nature of the growth mindset.