G2 is a very different child from G1. The kind of books he is willing to read are also very different. While G1 will read books that G2 enjoys; G2 rarely picks up the books that G1 likes to read. So when it comes to book recommendations, I have to look for a very specific set of books for G2. Mostly, they involve a certain brand of humour.

Truth be told, I find myself frowning frequently at the kind of books that G2 likes to read. He will never be the “Charlotte Mason Living Books” kind of kid, so I console myself with the thought that at least he likes to read. Reading something has got to be better than not wanting to read at all.

This was probably the first lot of chapter books that G2 started reading. He has (had? still has?) this thing for Halloween themes like ghosts. When he was 3 or 4 years old, he clapped eyes on the LEGO Monster Fighters Haunted House and he desperately wanted it. He would watch the BrainPop video on Halloween on repeat. He started flicking through Geronimo Stilton books at the bookstore because of The Peculiar Pumpkin Thief. Of all our Geronimo Stilton books, this one is so well-loved that the spine is falling apart. 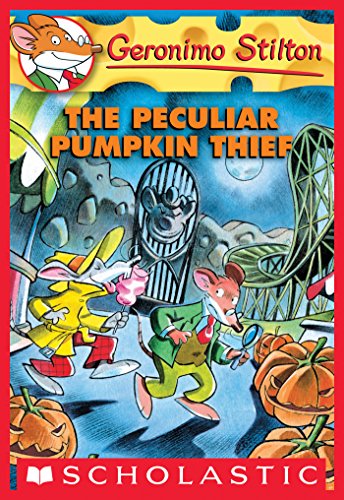 Beast Quest is another series that G2 started reading but he never really got into the entire series. He would read specific titles and refuse to touch any of the other books. I never figured out the determinants for the stories he chose.

A series of books about a horrible boy called Henry? What could possibly be good about a series like this, one wonders? Here’s what they’re saying:

“What is brilliant about the books is that Henry never does anything that is subversive. She creates an aura of supreme naughtiness (of which children are in awe) but points out that he operates within a safe and secure world.” – Emily Turner, Angels And Urchins Magazine

Diary of a Wimpy Kid

This is probably G2’s first series of chapter books where he has read and re-read all of the books available – cover to cover. Yes, he enjoyed them that much. I’ve also had to endure listening to the stories on Tales2Go in the car and discovered why I dislike this series so much: Mrs Heffley is like a caricature of me. I know. I lack a sense of humour and I struggle to laugh at myself.

There was an audible gasp of sheer delight when G2 received a copy of Captain Underpants for his birthday. What the boys see in these books, I will never understand. Never in a hundred years would I have dreamed of letting such books grace my children’s bookshelves and yet, there they are – a box set of Captain Underpants, one of G2’s most treasured possessions. Go figure. 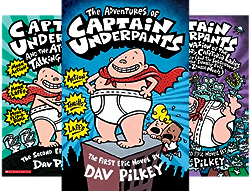 The books aside, Dav Pilkey has been an inspiration for G1 who started to draw his own comics after reading Dav’s biography.

When Dav Pilkey was a kid, his teachers thought he was disruptive, “behaviorally challenged”, and in serious need of a major attitude adjustment.

When Dav wasn’t writing sentences in the detention room, he could usually be found sitting at his private desk out in the hallway. There he spent his time writing and drawing his own original comic books about a superhero named captain underpants.

We stumbled on the Origami Yoda Series on the audio story app – Tales2Go. We were actually looking for Star Wars but found this instead. G1 was intrigued and we started listening to the stories. G2, who protested at first, soon discovered that he really liked this series and would beg for us to play the stories every time we were in the car. 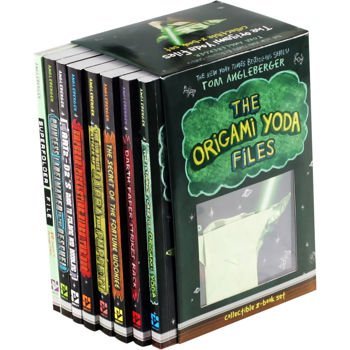 I must confess that I rolled my eyes and thought “Oh no! Not more Wimpy Kid Diary stories!” when we first started listening to Origami Yoda. Having gone through the entire series with the boys, I stand corrected. I think this series offers some pretty positive lessons for kids about school, friendships, teamwork, and standing up for what you believe in. If you’re going to read a series of books about middle school, you won’t go too far wrong with this one.

As a result of the Origami Yoda series, the boys have rediscovered their love for Star Wars – something I find quite heart warming since I love Star Wars myself. G1 has also started making origami Pokemon after gaining inspiration from the books.