We first heard about Cubetto on Kickstarter. It sounded like a really cool – non-screen coding program so I supported it, thinking it would be a great way for G2 to learn the basic concepts of coding.

Cubetto finally arrived and we got started on Cubetto’s First Day. The kids had to program Cubetto to help it get to specific locations on the map following the instructions from the story. Since Cubetto is pretty user-friendly, all I had to do was set up the batteries and leave it to the boys to figure the rest out. 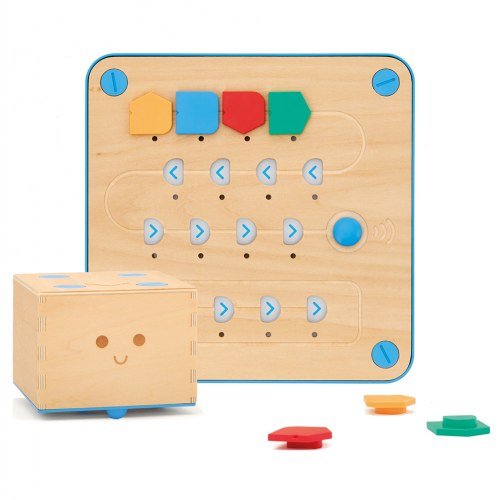 Cubetto comes with a programming board and special blocks that tell Cubetto what to do, such as “go straight” (green block), “turn right” (red block), and “turn left” (yellow block).

The blue block is a function block that allows Cubetto to repeat a series of commands that is input into the bottom line on the programming board. 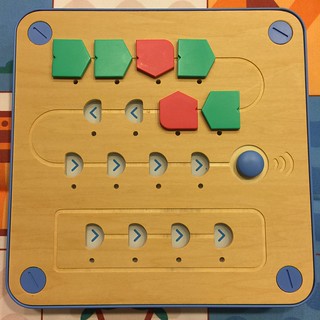 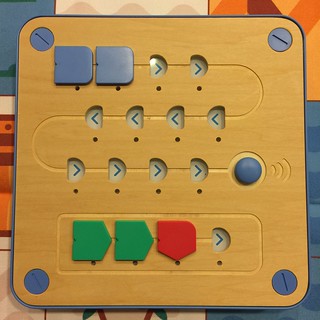 For example, if you want Cubetto to move forward two steps, turn right, move forward two steps, and turn right, you can place two green blocks followed by a red block in the function line (bottom line), and place two blue blocks onto the programming line. In other words, both sets of instructions show in the images above will be performed by Cubetto in exactly the same way. 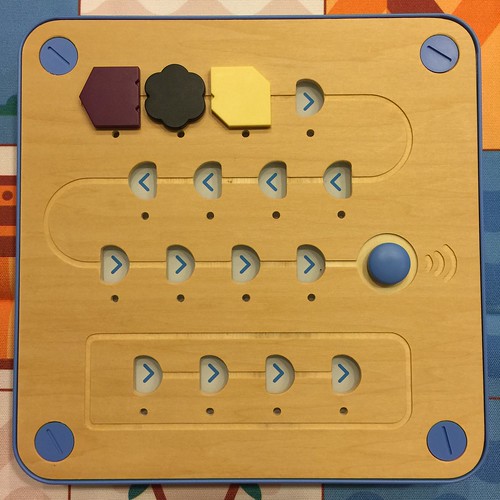 Cubetto has three other special blocks:

Once your child has completed a series of instructions for Cubetto, they can be sent to Cubetto by pressing the blue “GO” button. As you can see, it’s child’s play. 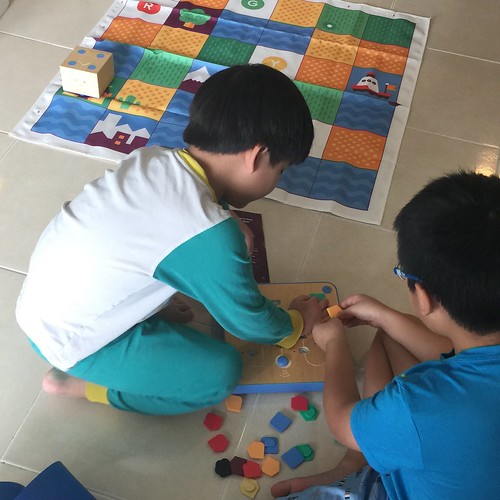 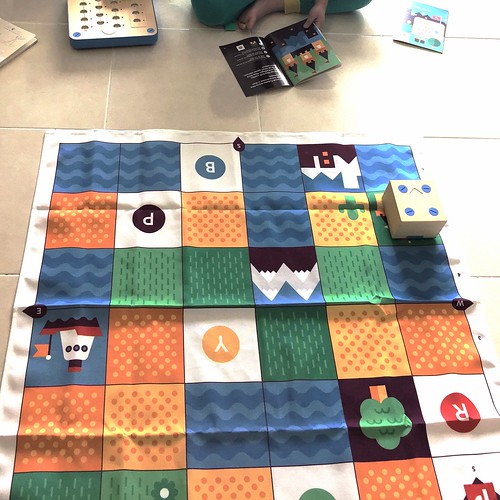 Aside from teaching children about the basics of coding, Cubetto’s First Day also introduces educational concepts such as:

Cubetto has other stories and maps, which include:

There are also many other activities you can do with Cubetto. These are just a few ideas:

If you want to take it further, don’t forget to check these out, too:

For today, our extension included looking at the topics surrounding Cubetto’s First Day.

Cubetto is recommended for children aged 3 years and up. It is a great tool for introducing the basics of coding to young children who require concrete examples and a 3-dimensional perspective to help them build the foundation for their understanding. Being able to work with physical command blocks and an actual robot model before moving on to abstract concepts on a screen will provide that.

If you do have older children that are new to coding, I would recommend Osmo Coding with Awbie instead.