G1 has been planning for Book Week even though the dates haven’t been announced, yet. Given how much advanced notice I have, I figure I should get started early so I don’t have to do another rushed job. So who did he want to dress up as? Will Treaty from The Ranger’s Apprentice series by John Flanagan.

I have one simple mantra for costume-making: “the easier, the better”. I cheat and short-cut my way through every costume I make because I want it to be quick and easy. Chances are, the kids won’t wear them more than a couple of times before it gets relegated to the costume box.

If you can buy them, all the better. Basic solid greens, browns, khakis and grays are what you’re looking for. Something like a woman’s khaki v-neck t-shirt for the tunic over a plain, long-sleeved, gray top paired with a pair of brown or green pants cinched at the waist with a belt is the easiest way to go. 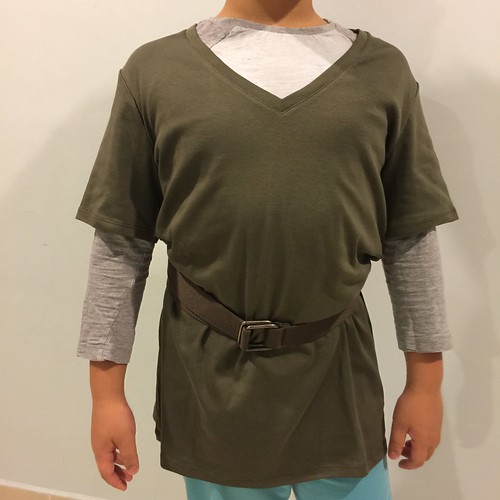 If you really love to sew and want to DIY, there’s a Burda pattern that you can use to make the tunic and undershirt: 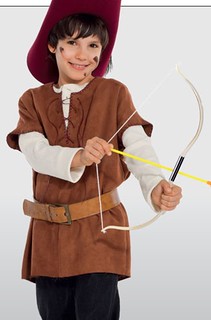 I had to use a new pattern for the Ranger’s cloak because it is a lot longer than the hobbit cloak. Rather than go free-hand again, I decided to get a pattern. I found a Butterick pattern from Spotlight which looks pretty much like this:

You can find instructions to DIY your own cloak here. If you want to make a really, really easy cloak, then I don’t think it gets any easier than Rain Blanken’s Cape instructions.

For the material, I was originally looking for camouflage but any fabric like the following will work: 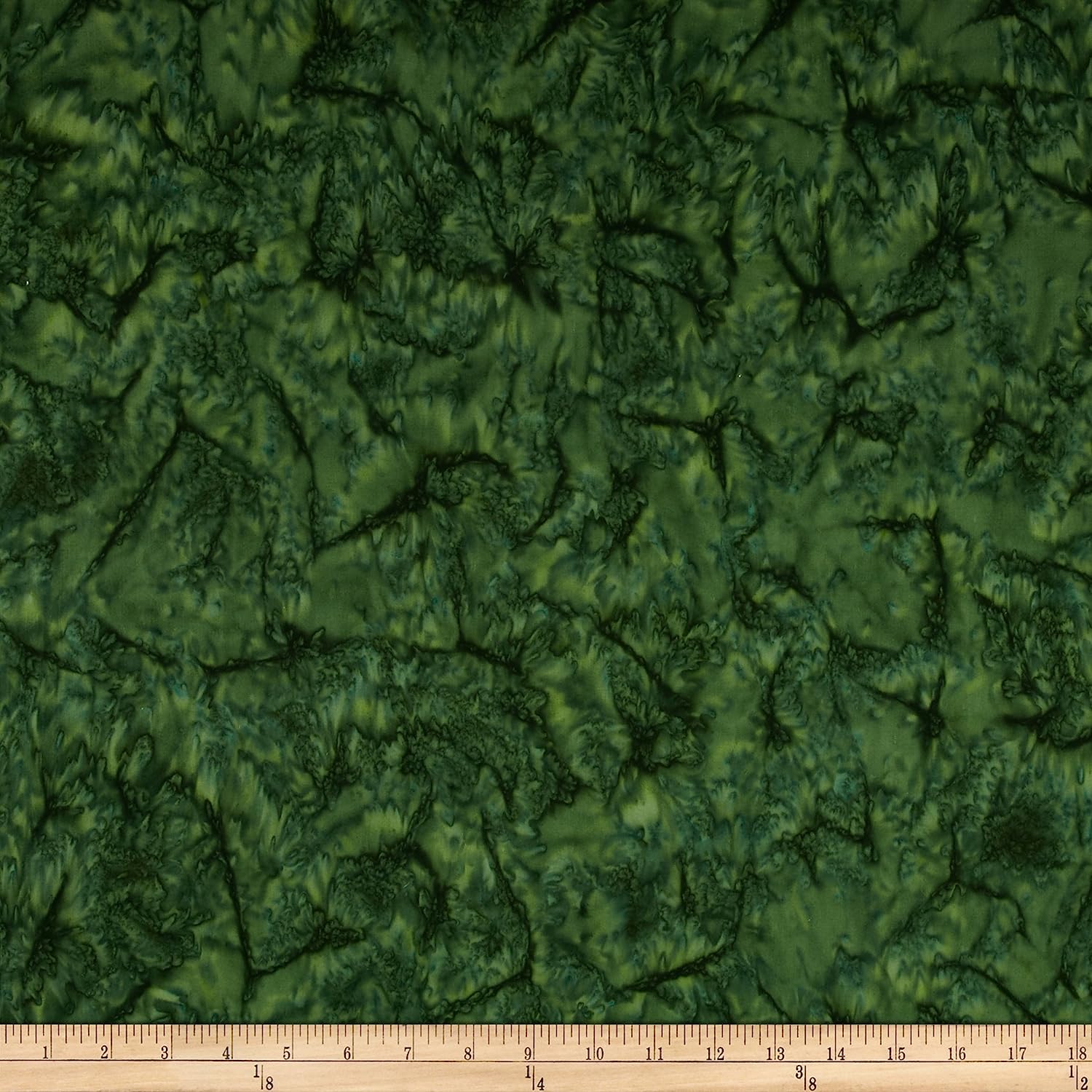 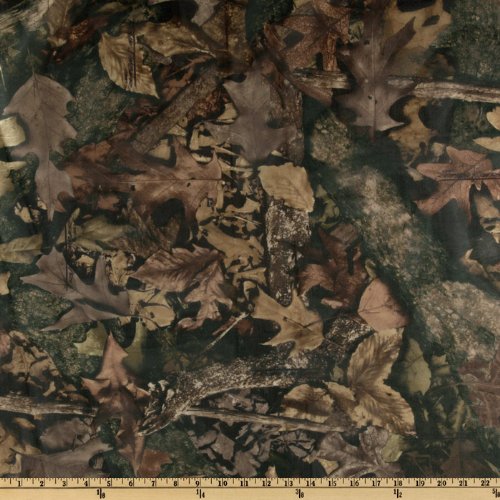 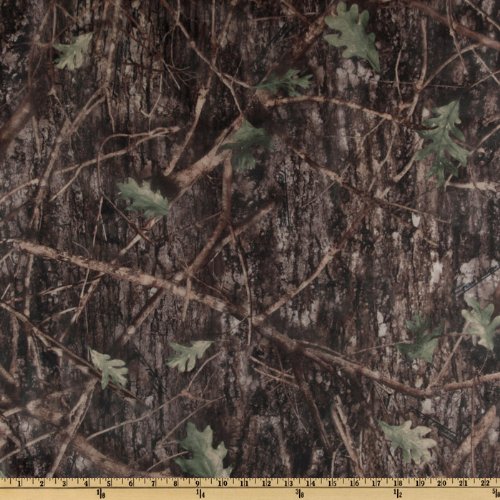 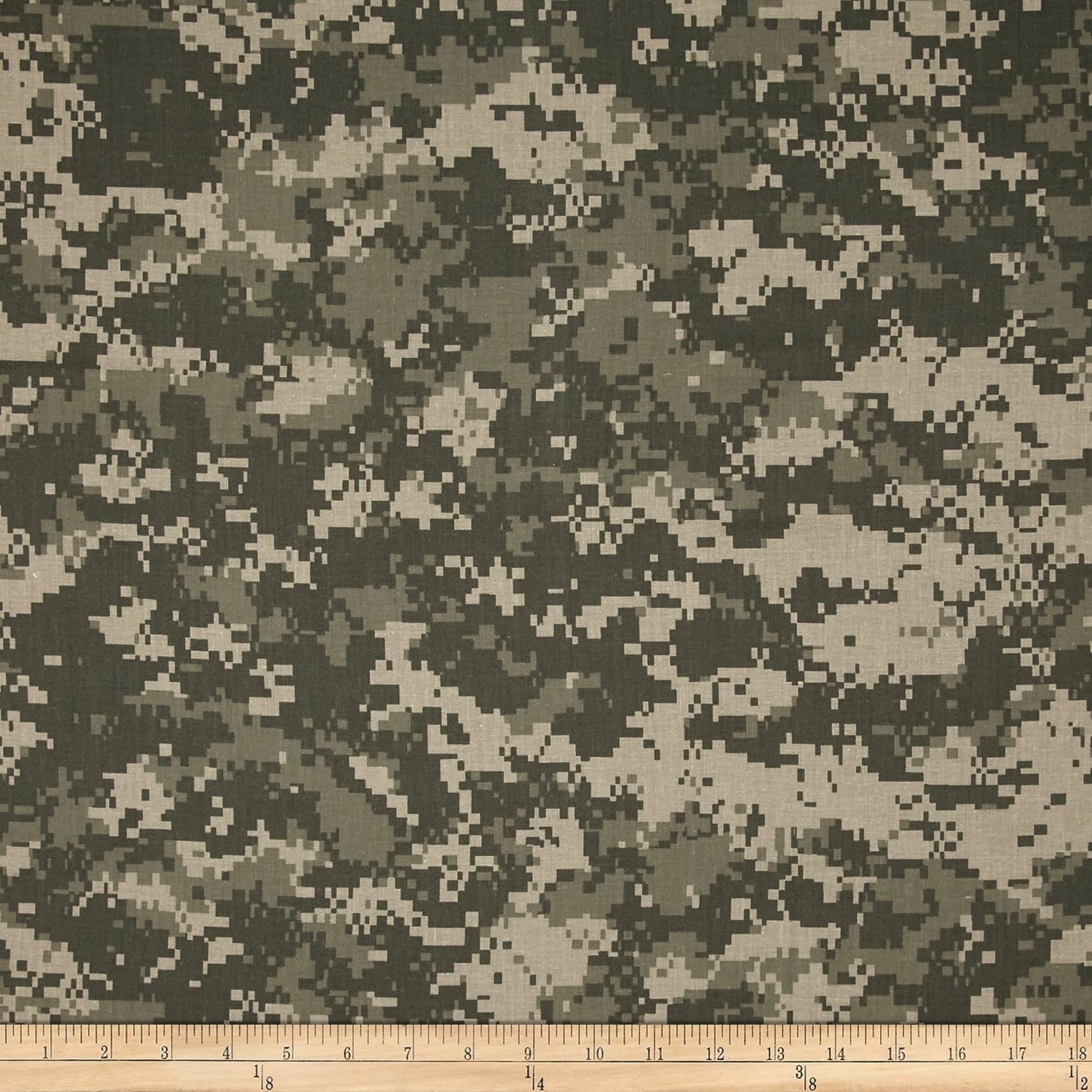 If all fails, fall back to your basic greens, browns and grays. I stumbled on some interesting patterns from Nagoya Textiles that G1 liked so we went with it. 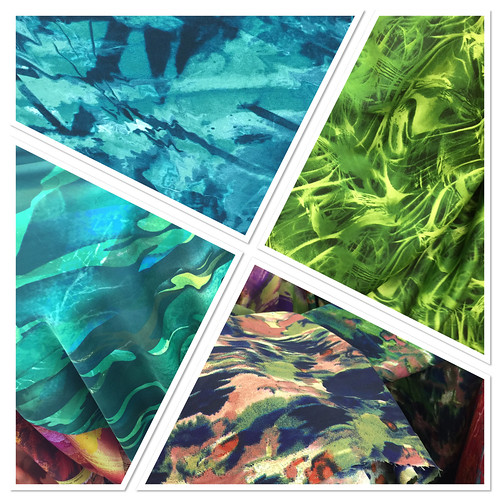 If you really want an easy way out, you can always get a camouflage raincoat: 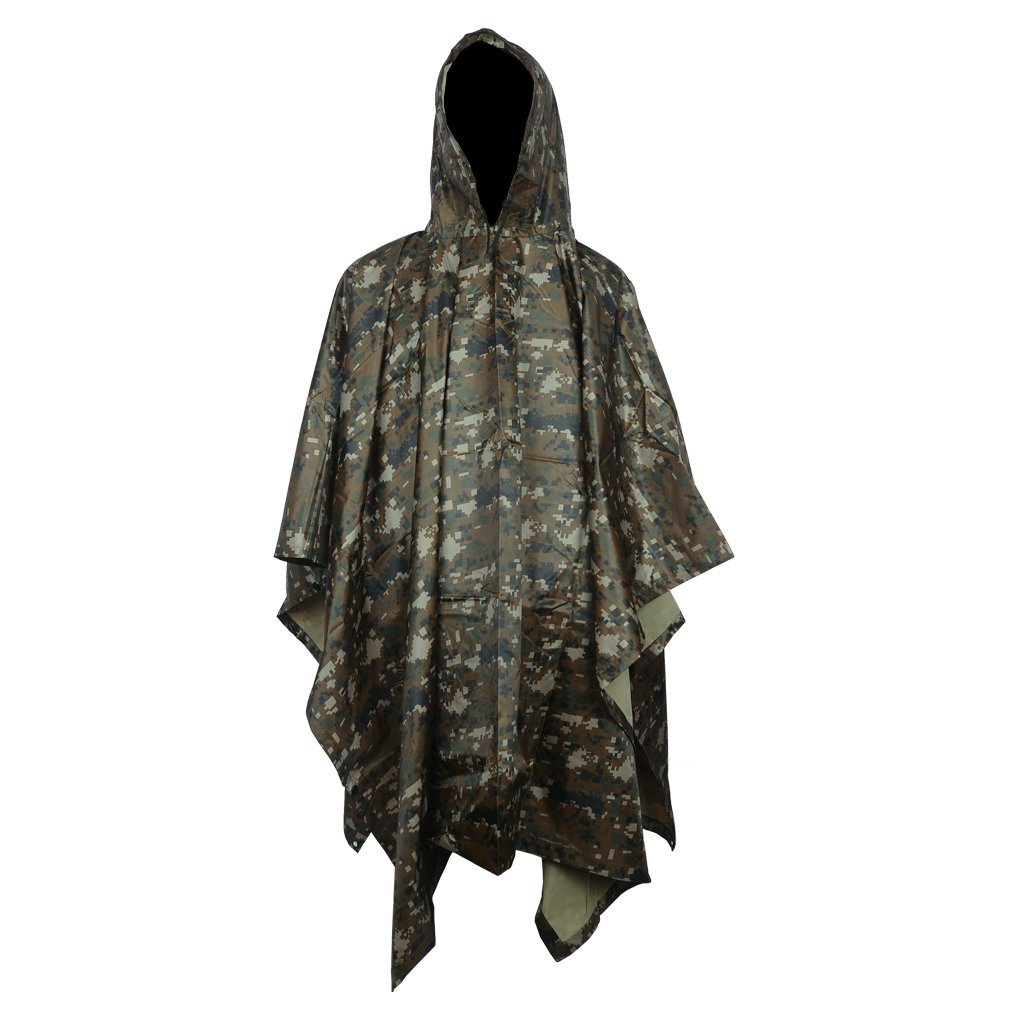 Put it all together and you get this (minus the weapons): 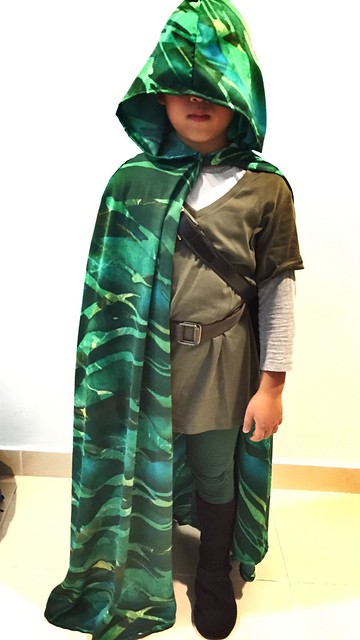 The Rangers weapons include two blades – a saxe knife and a throwing knife – that are worn in a double scabbard. Based on the description in the books, they look something like this:

The Ranger’s saxe knife is the lower knife in the special ranger double scabbard. The Ranger Saxe Knife is similar the Skandian Saxe Knife (or sea ax) but made of far superior steel (giving the blade a faint blue tint). It is longer than the throwing knife, with a grip made of a series of leather discs set one above the other and a short brass crosspiece. The blade is long and straight, around 15 inches, making it nearly the size of a short sword. It is kept razor sharp on one side while the other end is thick and heavy.

The throwing knife is considered a principal weapon used by all Rangers.It was designed to be able to throw at targets from different distances. The blade as an outward taper followed by a sharp inward taper to balance it. It is carried in a double scabbard along with the Ranger Saxe knife.

The following image on Pinterest was a pretty good representation of the weapons. Unfortunately, there weren’t any accompanying instructions but I shouldn’t think it too difficult to figure out how to DIY on your own. I was about to make the whole thing out of cardboard but I found some foam swords at Daiso so I used those instead. I trimmed them down to size and painted the hilt black. For the scabbard, I used brown craft foam, mini craft iron brads (paper fasteners), and brown embroidery thread (might have been better if we had leather thread, though). After cutting out the shape of the scabbard and securing the belt attachment with the metal brads, I used a hot glue gun to stick the craft foam down. Criss-cross the embroidery thread along the length of the scabbard, then loop the scabbards onto the waist belt. Sheathe the swords and you’re good to go. 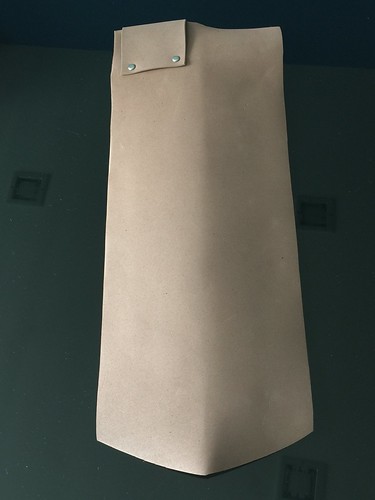 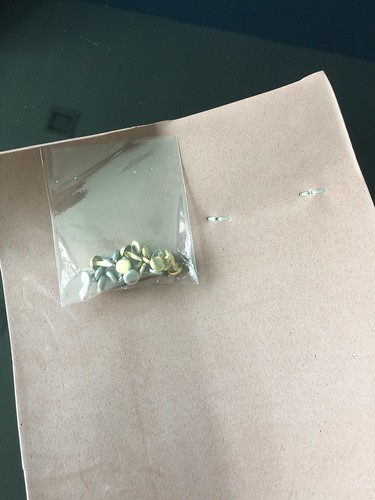 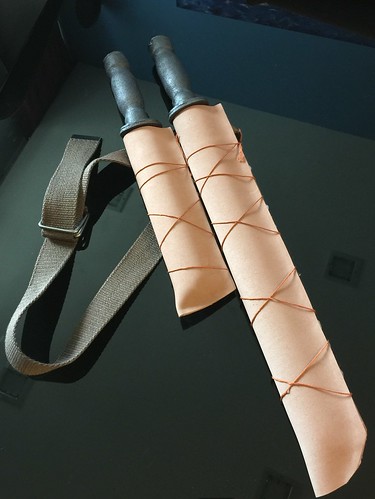 Bow and a Quiver of Arrows

While looking for inspiration for this, I stumbled on this post on how to make a bow and a quiver of arrows for a doll which I thought was really cool. I guess if you’re really committed and have the time, you could apply the same theory in a larger scale to make a version of it for a child. 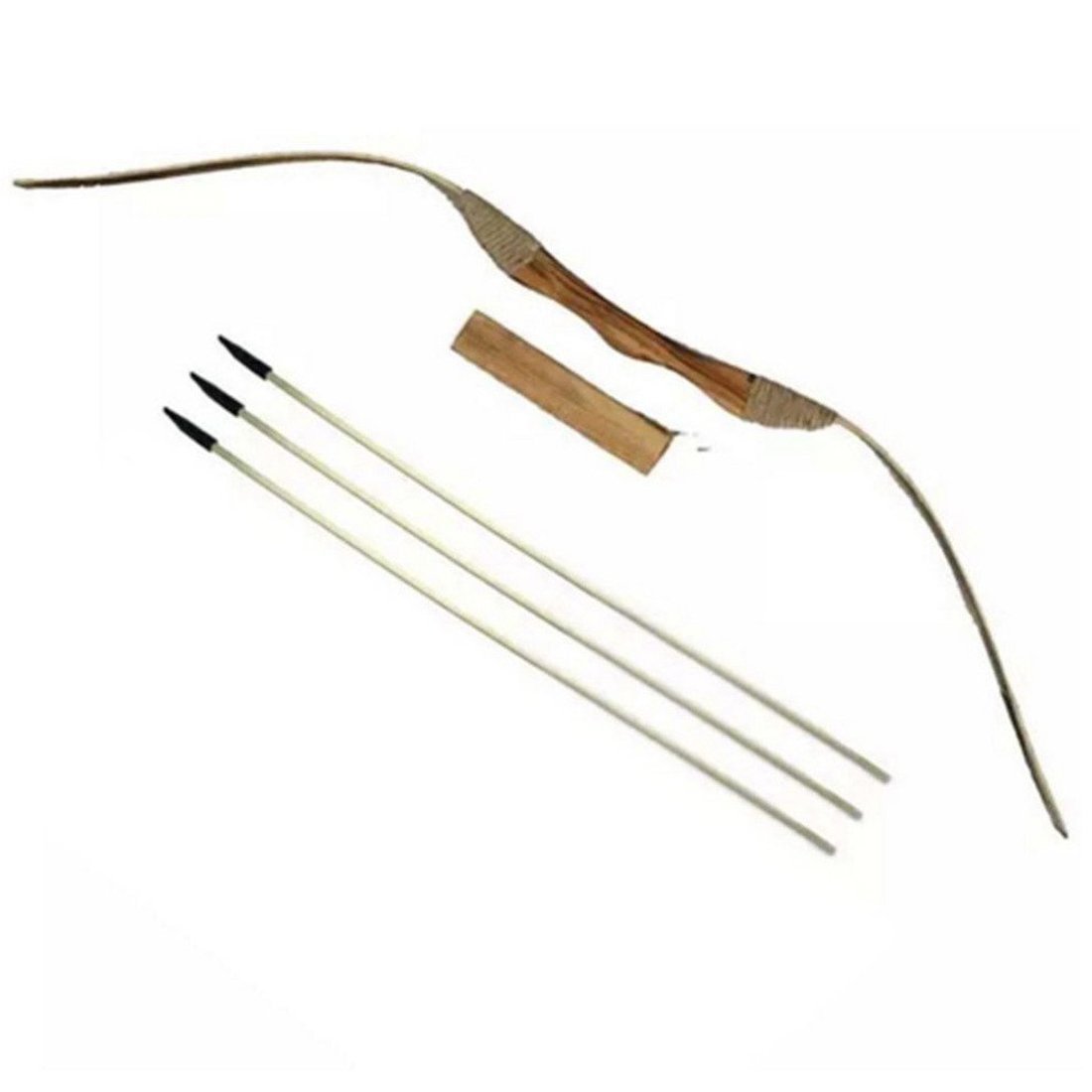 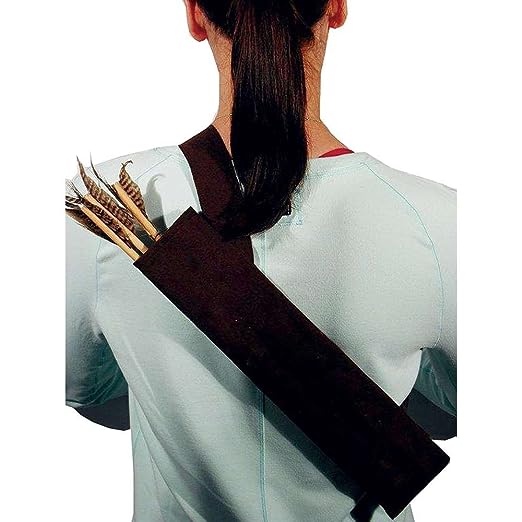 These were some other ideas I was going to try when I thought I wasn’t going to be able to get the toy set.

The Balloon Art Bow and Arrow

The simplest one was to make a balloon bow and arrow. This is a pretty cool design from Misty’s Blog:

If your search on Youtube, you’ll find lots of videos for other balloon art designs. I like this particular design from Balloon Animals:

Sophie’s World has some pretty cool instructions for a bow and arrow set with quiver:

This was the idea that I was going to put into action before I finally stumbled upon a cheap bow and arrow toy set and laziness won out. While I was at Daiso, I discovered that you could buy a hula hoop in segments. If you put together three segments of the hoop, you’ll have a nice frame for the bow. Attach black elastic cord to the ends of your bow frame for the bow string. Use masking tape or cloth tape to hold the segments together and paint over the colours with a muted colour that is more suitable for a Ranger’s bow. 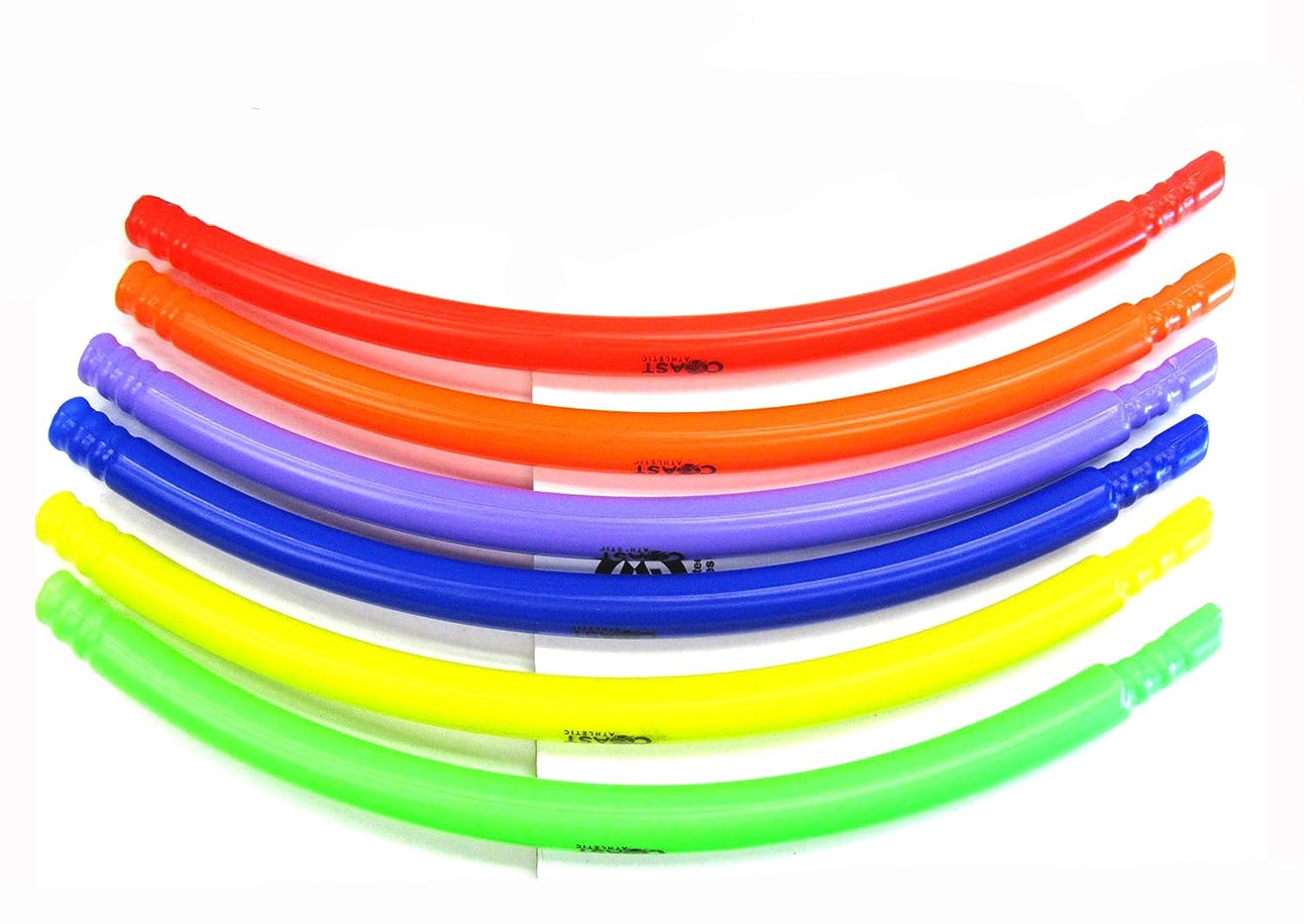 For the arrows, you can use balloon sticks and some sticky felt to make the “feathers” for the arrows. Wrap the arrow tips with a bit of scrunched up aluminum foil.

Final Bow and Quiver of Arrows

We eventually found a toy bow and arrow set at the toy shop which we embellished by adding fletching to the arrows and making our own quiver. I used sticky felt to make the fletching. 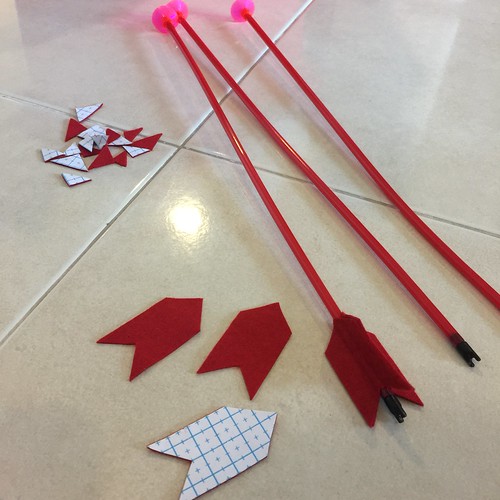 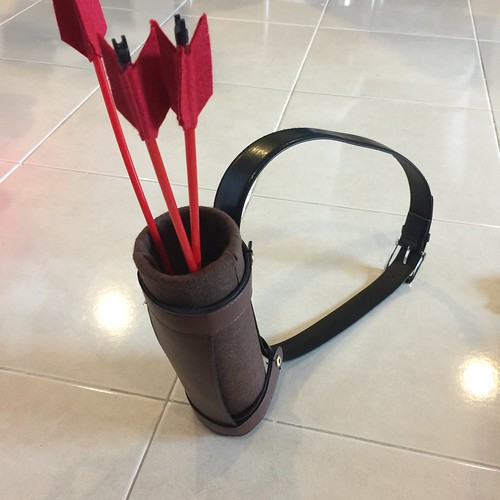 Materials for making the quiver: 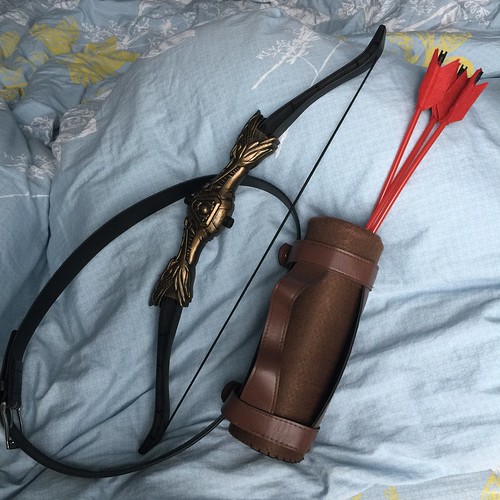 If you want to get technical, Ranger Apprentices should have a bronze oak leaf. That said, it is much easier to find a silver one online. There are plenty of silver oak leaf pendant necklaces available, like this one: 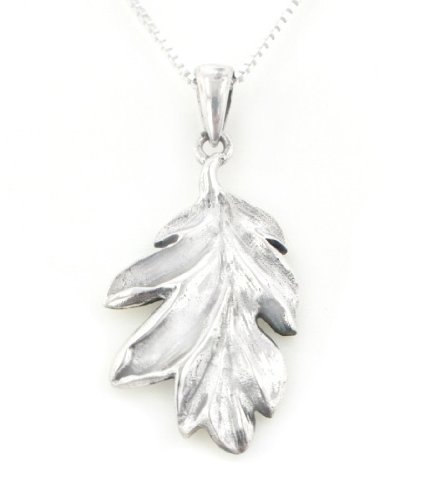 The cheaper option is to look for an oak leaf charm from an art and craft store, like the one below and thread it through with a black elastic thread so it’s easy to put on and take off. 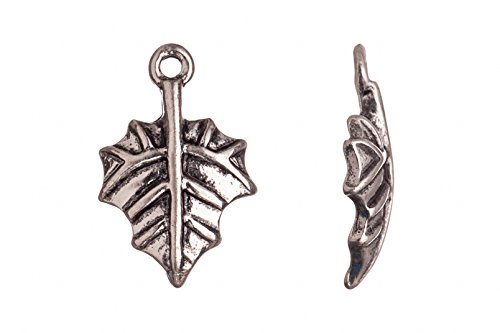 For the Ranger’s leather wrist bracers, I copied the idea from these craft foam bracers from instructables:

Naturally, I cut a few corners and simplified the steps. The result is obviously less impressive but sufficient for a one-day event. I was hardly about to go buy grommet tools to make something the kids would only wear once. Mod Podge is also available in Art Friend, which can be painted onto the craft foam to make it look more like leather, but it was RM50 for a pot so I skipped that step, too.

I used elastic thread so the boys could just slip it on and off without having to re-tie the laces. This is what we ended up with – not quite as pretty but functional for our purposes (spot the mistake!): 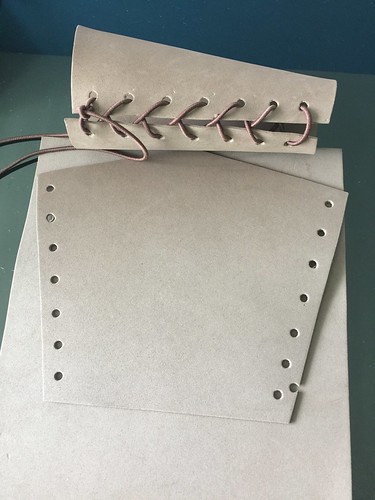 This is the final costume: 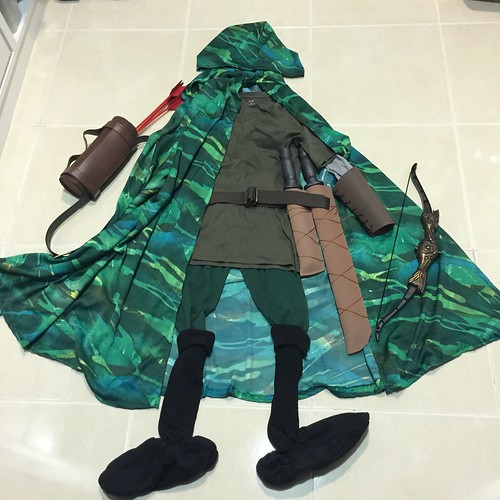 And here it is on the model: 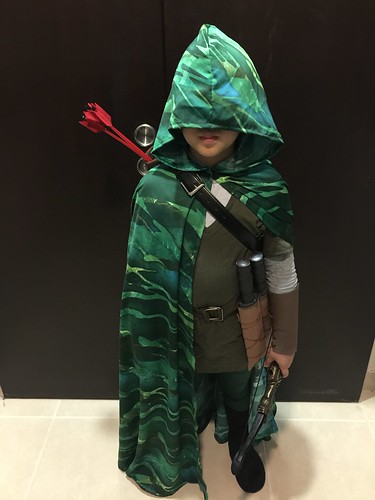 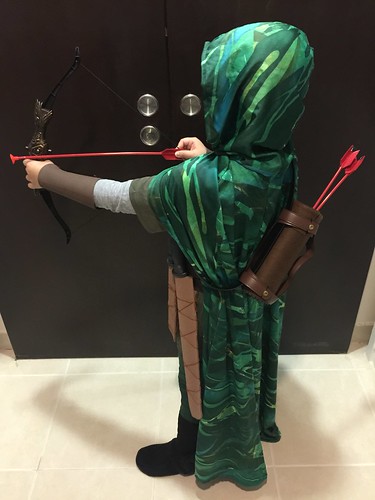