Ever since I heard about these “escape room” games, I have been waiting for the boys to grow up a little so we could experience them together. Escape room games are basically a reality game where you’re locked in a room and give a series of puzzles to work out to escape the room within the given time limit. If you solve all the puzzles before the time runs out, you win. If the time runs out, you lose. To make the games a little more interesting, there is usually an accompanying scenario.

The typical run time for these games is about 45 minutes. You are also given three chances to ask for clues if you’re really stuck. There is also a panic button just in case anyone freaks out and needs to get out of the room immediately.

The first game we ever played was at The Escape Room in The Curve. We played the M&M’s Big Escape. Unfortunately, the M&Ms were too smart for the three boys and me and our time ran out before we were able to track them all down.

For many years, M&M’S® chocolate has been a favourite around the world. Good for us, but not for them – the M&M’S®. The M&M’S® have always dreamed of escaping from our mouths. They have tried running away numerous times, and they never failed to fail. Not until one fine day that they finally escaped out of M&M’S® factory. They wandered around the city in search of a suitable hiding place, but none of them were isolated enough. Then they saw Escape Room at eCurve, and it was just perfect. Or so they thought. Now they are trapped! The M&M’S® Escape Room, in the setting of a museum contains 3 different sections – Prehistoric Room, Egyptian Room, and Renaissance Room. Your task now is to catch them all in 45 minutes, so that our supply of M&M’S® will be put back to safety.

The boys had their first taste of escape rooms games and they loved it. G2 kept pestering to go back so I suggested that G1 have his birthday party there. This time, G1 and his friends banded together to solve The Mummy – Tomb of the Ancient Pharoah. Clearly, the kids are a better team than we were because they managed to escape with 3 minutes to spare.

We tried Breakout at Nu Sentral when G1 had a play date with a friend. 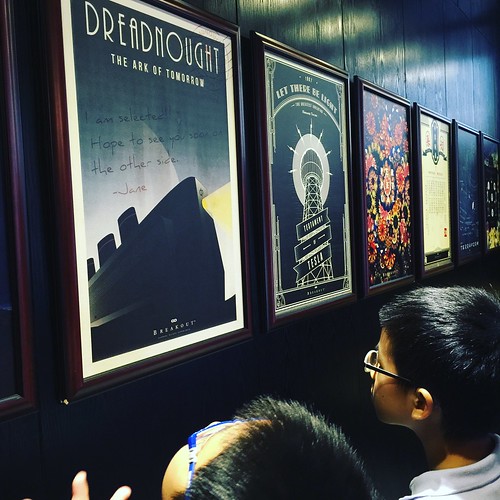 Breakout is set up slightly differently to the Escape Room. Instead of three chances to ask for clues, you get to choose characters with special abilities that give you clues. I thought this made the game a little more interesting. 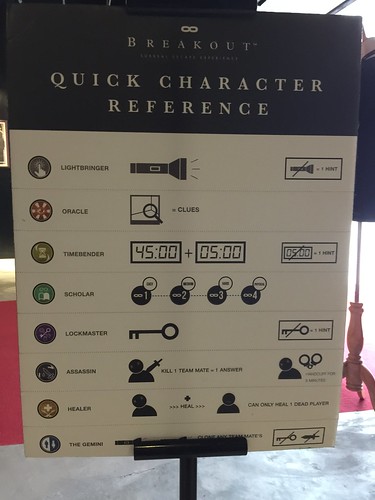 Unfortunately, we didn’t make it out in time, but the Game Master was kind enough to let us finish the game so we could see it through to the end.