As part of our bid to do more activities with the boys that will help develop their executive functions, we picked up a new board game to add to our collection.

Kick down the door! Fight the monsters! Grab the treasure! Reach level 10 and win! 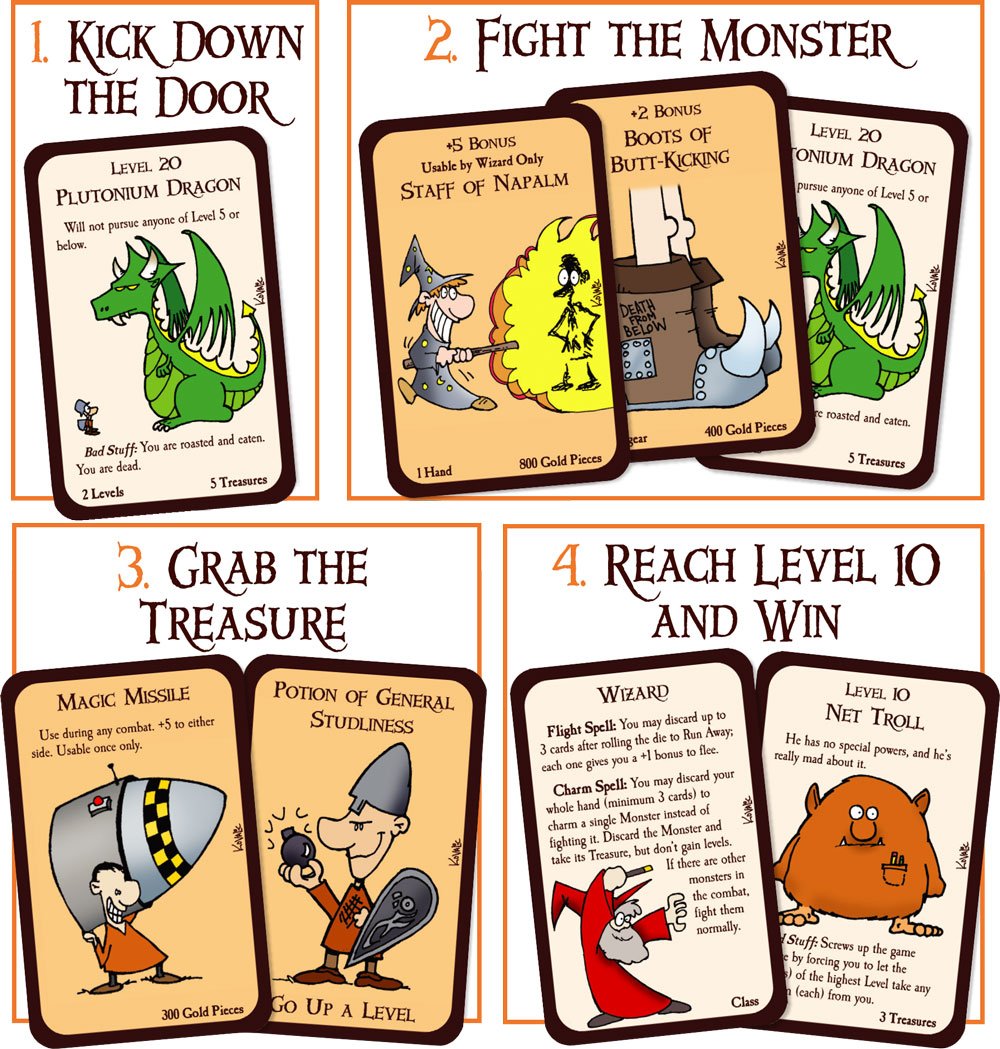 G2 loved the idea the moment he clapped eyes on the box. With titles like “boots of butt kicking”, it’s just the sort of humour that tickles G2’s fancy. I was all for it because I figured it would be a nice stepping stone towards the more complicated role-playing games that I plan to introduce to the boys later.

Intended for children age 10 and above, the rules were a quite a task to wrap our heads around (even for me – the adult). The game description gives a fairly good overview of how it works, though:

Don the Horny Helmet and the Boots of Butt Kicking. Wield the Staff of Napalm or maybe the Chainsaw of Bloody Dismemberment. Start by slaughtering the Potted Plant and the Drooling Slime, and work your way up to the Plutonium Dragon. Everyone begins the game as a Level 1 Human with NO Class (heh-heh) and via cards, they acquire Races (Elf, Dwarf, etc.), Classes (Thief, Wizard, Cleric, etc.), Items, Armor, Potions, and more to combat hideous monsters like the Level 4 Undead Horse, the Level 10 Net Troll, and the Level 14 Unspeakably Awful, Indescribable Horror (very nasty, indeed). The object of the game is to reach Level 10. Levels are acquired via the slaying of monsters and the selling of acquired treasure (1,000 Gold Pieces equals 1 Level). Very silly and a lot of fun! 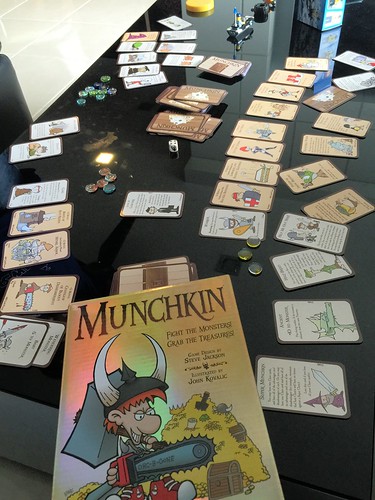 According to the box, it should take about 1 to 2 hours to complete the game. Our first game took us about half an hour, including the rule-reading time so I wonder if we were playing it right. Then again, it does have this in the rules under “Conflicts Between Cards and Rules”:

Any other disputes should be settled by loud arguments, with the owner of the game having the last word.

And no one contested so I guess as long as everyone is having fun… It was probably just as well since I am not sure if G2’s attention span would have lasted an hour long game. I think this flexibility with the rules makes it easier for a younger player (under 10 years) to join in the fun. G2 even managed to win the first round.