I started googling pictures and I noticed that Harry Potter’s Hogwarts robes from the first movie is different from the ones in the later movies. In the Philosopher’s Stone, it was entirely black. In the later movies, they added the house colours to the robes. I decided to keep it simple and stay with the all black robes. The other thing that was different was the tie. Since we were following the robes from Harry Potter’s first year, I figured we should keep the tie the same as well. 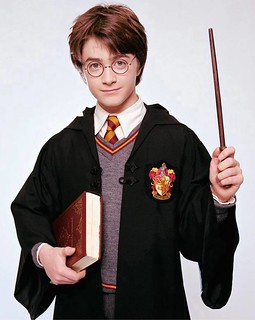 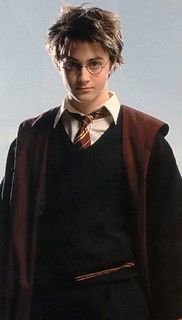 We like things easy – the easier the better. We cheat a lot and we simplify as much as possible so if you want fancy with the full works, this is probably not for you. I’m sure if my textiles teacher saw what we were doing here she would have a fit. But I reckon that so long as it looks okay and holds together for the day, it’ll do.

So let’s get started…

G1 wears glasses so that was easy. For G2, I was going to use black Chenille stems to make my own glasses – something like this but in black:

Turns out, I didn’t have to because I found these Harry Potter dress up glasses in Spotlight for RM25. Pity it didn’t come with the wand…

G1 had the Harry Potter wand which we bought from one of our trips down under so that was taken care of as well. G2 had to use a chopstick. If I’d had more time, I would have loved to do this from Give Peas a Chance:

Felt is my “go to” material for ease of use but it’s hot to wear because we live in the tropics. The last time I made a vest out of felt for the Hobbit costume, the boys were really hot so I made only a front panel this time. Using a rectangular piece of grey felt (measurements: length – shoulder to hip; width – shoulder to shoulder), I removed a v-shaped portion for the neck. The v-shape needs to be deep enough so you can see the tie. I skipped the sleeves as well because it would be hidden under the robe. 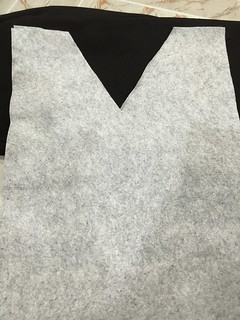 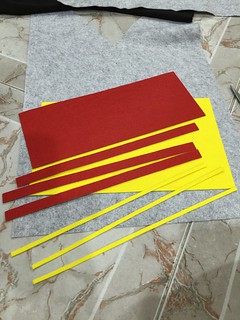 For the stripes, I used sticky felt (I told you we like to make it easy). It backfired on me because the sticky felt I bought was crappy and kept peeling off so I ended up having to stitch it down. I had to use craft glue to stick the yellow stripe down because the layers were too thick for my mini sewing machine to get through. I could also have used a running stitch but glue is faster and easier. The red stripes are 15 mm thick and the yellow stripes are 5 mm thick. The yellow stripe goes onto the center of the red stripe and the red stripe onto the “jumper” like this: 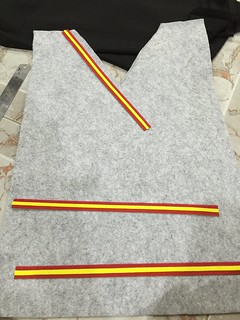 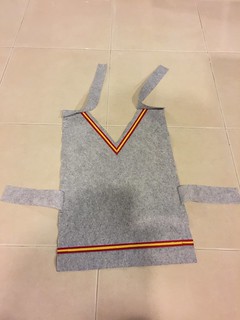 To secure the “jumper, I added some flaps that hook around the neck and waist. The straps were held in place with velcro which I sewed onto the ends of the straps. 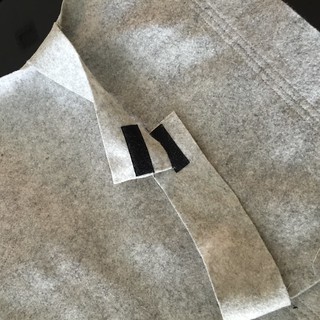 In retrospect I should have made a back panel out of thinner material because the neck straps didn’t sit very well under the robes and kept sticking out.

I was going to make the tie using red and yellow fabric but… after reading the instructions, I suddenly felt very tired. Luckily, I found these at Daiso for RM5.30 so all I had to do was paint over the blue parts with gold fabric paint. 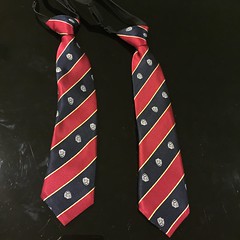 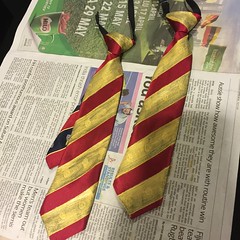 We didn’t time to order them online from Amazon or Etsy (shipping was also more expensive than the crest!) so I printed them and stuck them onto the robes with double-sided tape. They didn’t stay on very well but it survived long enough for the effect.

I made a robe following this concept but I omitted the lining. Probably would have looked cooler and the seams neater if I had done the lining – ah well… These are the measurements:

I used 2m of black fabric (116cm wide) and folwing it in half. D and C sit along the fabric fold. Stitch along the dotted lines. Cut along A for the front part of the robe ONLY – this is the front opening. Leave the back intact. 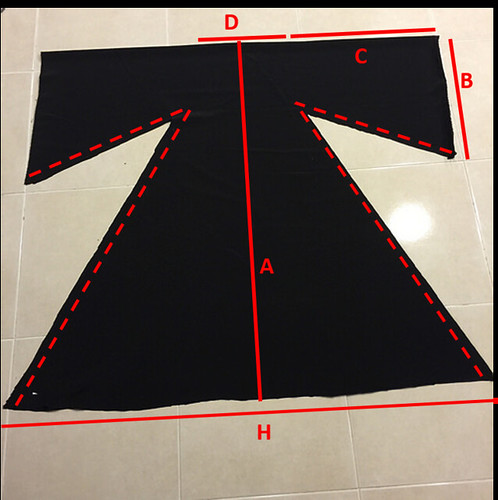 The hood: I followed the same concept I used for Frodo’s costume: 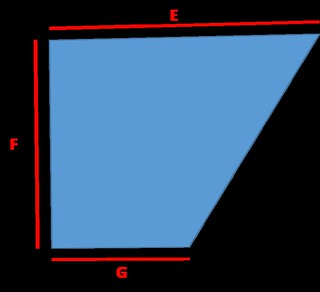 Clasp: Instead of buttons, I used the same velcro felt strips I used for Frodo’s costume: 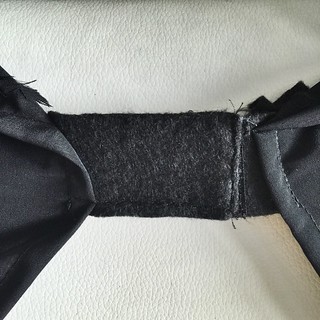 Add in the white shirt and black pants and you get… 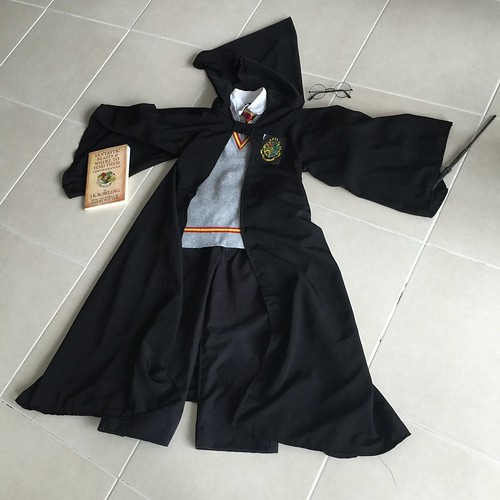 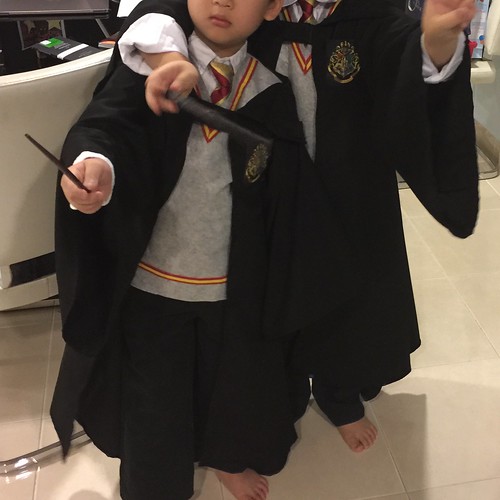