G2 is learning about space in school so when I this cool solar system jigsaw puzzle in Borders, I couldn’t resist. It would have been way cooler if it had been “glow in the dark” but for RM25, who’s complaining? 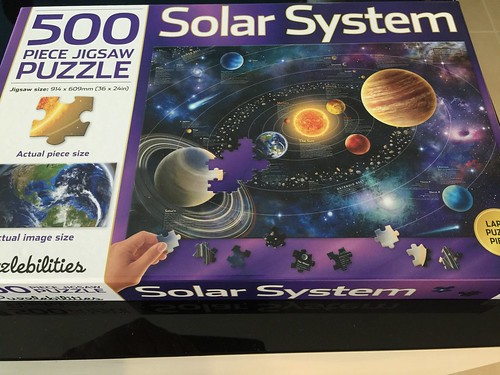 All right! All right! The truth is I’ve always wanted one of these for myself because space is my own pet interest. But that doesn’t mean I wasn’t hopeful that the boys might get interested if I started working on it. And they did… 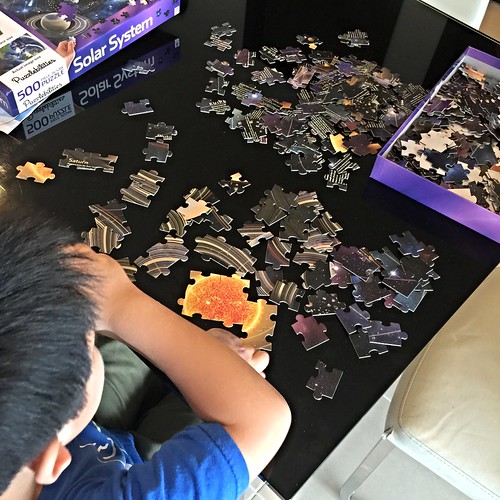 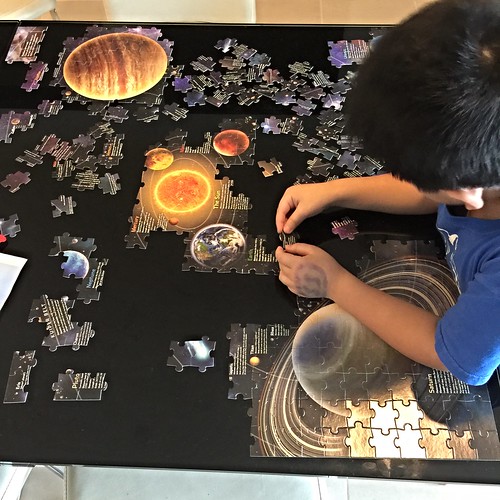 G1 worked on it with me fairly solidly from the start and would have continued if we were interrupted by dinner. The next morning, G2 decided he had to put in the finishing touches since most of the work was already done. 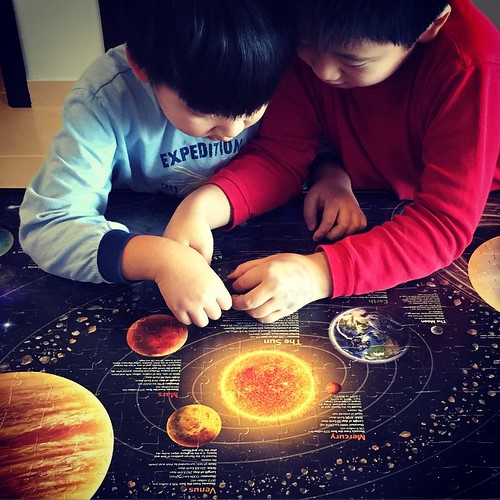 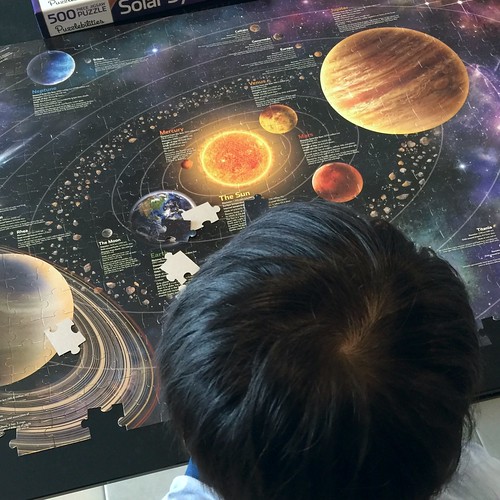 We also got into the subject of Pluto’s “planet” status which is apparently under debate again and discovered that NASA’s New Horizons is scheduled to pass Pluto on July 14 this year.

Other Cool Activities for Kids on the Solar System

There are lots of instructions for these around:

If papier mache is too messy for you, here’s another art and craft activity you can try making a solar system hanging mobile. Instructions here:

You can also get a DIY model kit from 4M Labs if you want it even easier.

Or you can read about it from Miss Frizzle and her adventures on the Magic School Bus (another series of fun science storybooks that we really enjoyed): You can also watch the video from ETeach3r on Vimeo:

The Cat in the Hat – There’s No Place Like Space

The Cat in the Hat also tells you all about the planets in There’s No Place Like Space:

And on their video series – The Cat in the Hat Knows A Lot About That: Space is the Place.

Or from the Cat in the Hat App on Space:

When G1 was little, we made a night sky projector from a DIY kit. It was crude and highly inaccurate, but it was fun to make. I’ve always been bummed by the fact that we can’t really study the night sky here because our city lights are too bright. The only time we ever managed to do any star gazing was when we were back in Australia. So I looked around for night sky projector and found this…

Pretty sure the boys wouldn’t really care for it but the child in me really wants it. I could go to sleep to this every night…

More Stuff on the Solar System: