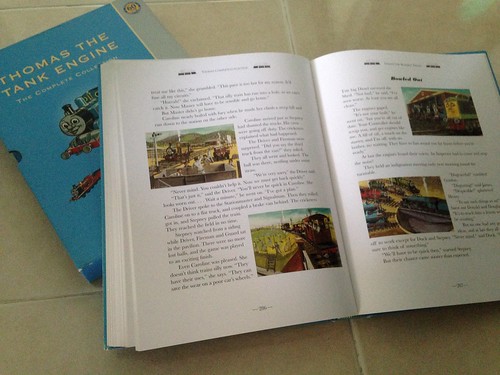 When G1 was little, he was mad about Thomas the Tank Engine. DH would often joke that we’d made such a sizable investment in the Thomas franchise that our second child had better be a Thomas fan as well. Much to his chagrin, G2 never really got into Thomas. I’d also pretty much given up on the idea when G2 started asking to listen to the original Railway Series by Rev W Awdry, narrated by Michael Angelis who does a lot of the voice-overs for the Thomas and Friends series. I really enjoy the narrations by Michael Angelis because he has a lovely grandfather’s voice that conveys the image of a bunch of children sitting on the floor in the corner of a library listening to an elderly gentleman reading. In my mind, the Fat Controller will only ever sound like the Fat Controller if Michael Angelis does the voice.

But I digress… Initially, G2 was only interested in specific stories. He had Henry and the Elephant on repeat so often that the CD started getting funny. After a while, he consented to listening to the other stories – perhaps because G1 was complaining very loudly about it. And since G2 started listening to the Railway Stories in the car, our old Thomas and Friends books have gotten a revival in interest – another expansion in interest for G2! Lucky I didn’t give them away! 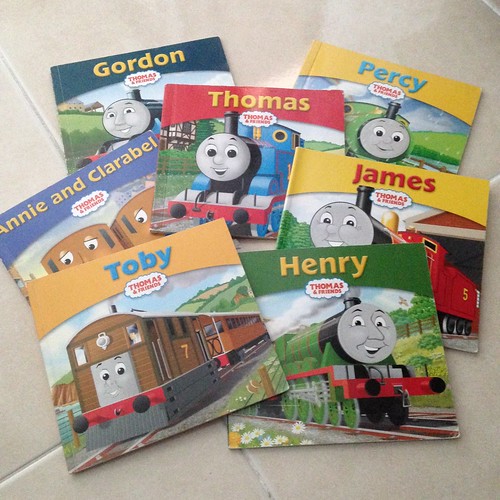 While the humour may not be as overt as Preston Pig or Elephant and Piggie, the boys still seem to pick up on a few humourous moments from Rev Awdry. G2 has also picked up some of the lingo, speaking interchangeably about fireboxes, boilers, buffers and funnels. Somehow when it comes to the interests of boys, I don’t think we’ll ever stray too far from all things that move and Thomas the Tank Engine will remain one of those evergreen series of books for little boys.