The recipe I borrowed from Scientific American:

The intention was to make brown mud, but what d’ya know… I bought two bottles of blue food colouring instead of one blue and one yellow. Since I only had blue and red food colouring, we ended up with purple mud… The mixing process is kinda cool – the colours look awesome! 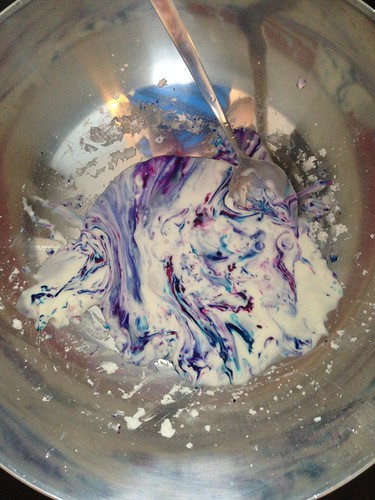 Oobleck is a non-Newtonian fluid, which means that, unlike regular liquids, its properties are pressure-dependent. If you apply pressure, it increases its viscosity (thickness). A quick tap on the surface of Oobleck will make it feel hard, because it forces the cornstarch particles together. But dip your hand slowly into the mix, and see what happens—your fingers slide in as easily as through water. Moving slowly gives the cornstarch particles time to move out of the way. – Scientific American 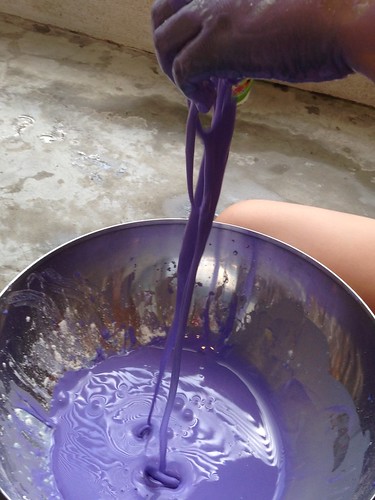 It was fun for a while until G1 came along and complained about the smell. Something about the cornstarch mixture did not agree with his olfactory senses. Ever impressionable, G2 eventually agreed that it did not smell nice. Ah well… so we cleaned him up and whoops! We have a smurf! Guess our food colouring dose was a little too strong. It came off in the end though. 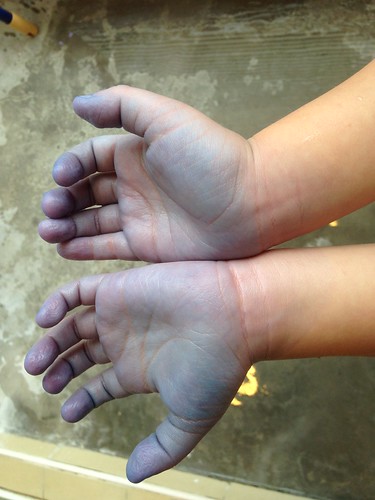 Here’s more about the science of oobleck from The Myth Busters – pretty cool “walking on water” stunt: