When I was making play dough for the boys, G2 came into the kitchen and told me he wanted to watch what I was doing. After I put the flour into a bowl, I noticed he started to pretend to sneeze into the bowl – he was fascinated by the way the flour would puff up. After a while, I told him to stop it because he was making a mess. Then he blew into the bowl and flour flew everywhere. I got mad and kicked him out of my kitchen, saying, “Didn’t I tell you not to blow onto the flour?”

And he was right. All I said was not to sneeze. I never said anything about blowing. Dang kids, must they take everything so literally?

When I related this story, a friend suggested I try a flour sensory play for G2. So I did… 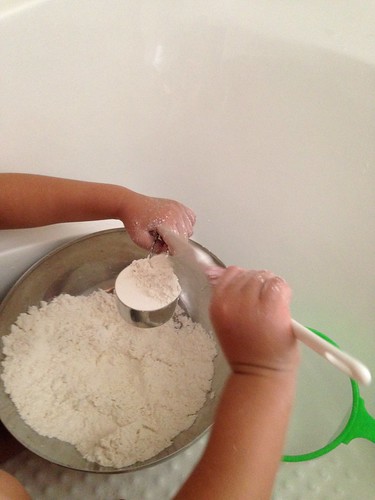 During his play experience, he got a chance to practice a few practical life skills like measuring cups of flour (so he can do it neatly when he helps me with baking in future). 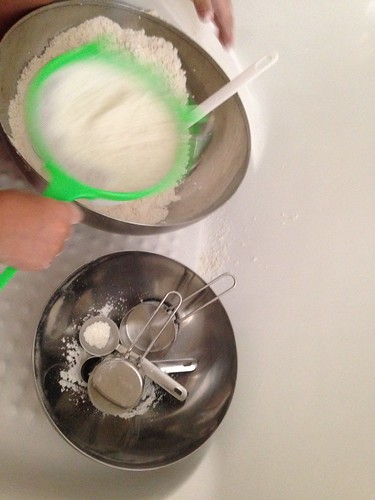 And sifting the flour. 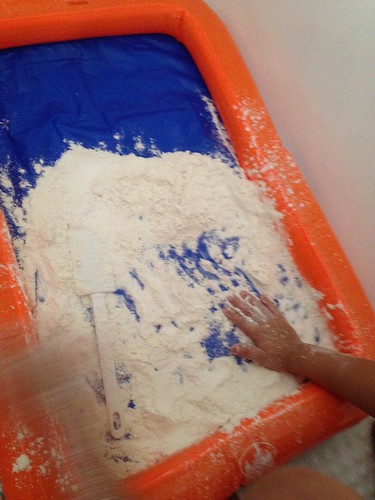 His favourite part was running his hands through the flour. He said it was “so soft”.

Don’t worry, we didn’t waste the flour. I scooped it back up and put it aside for making more play dough.