When I was in Primary School, my brother and I would walk to school together. One morning, a boy from my brother’s class saw us together and teased my brother about “walking with his girlfriend”. After that day, my brother never walked to school with me again. Back in those days, boys got teased for doing anything “soft”. God forbid that they should enjoy doing anything deemed “girly”. Any boy who made the mistake of displaying an inkling of interest in anything remotely “feminine” soon learned never to repeat it.

Our childhood experiences are so deeply etched into our memories that when G1 expressed an interest to take Jewellery Making as one of his co-curricular activities at school, my first reaction was to be apprehensive. As much as I loved the idea of him having an outlet to express his artistic creativity, I also worried about the ridicule that might follow with such an activity. Although I didn’t stop him from selecting Jewellery Making, I wanted him to be prepared for possible taunting so I asked him if he minded being the only boy in the class. He didn’t. Then I asked if he would be bothered if some of the other boys teased him about it. Again, he said he would be fine. After that, I zipped it and told myself that he would be fine and I should stop worrying so much.

It turns out, school is quite a bit different now than it was back in my day. G1 was not the only boy in Jewellery Making class. In fact, jewellery making appears to be quite popular among boys 8 to 10 years old, according to Pauline who works with scout camps.

Even the latest Rainbow Loom craze has got the boys in a storm about it – and they aren’t just making them for the girls in their lives. I guess it helps when famous male figures are also wearing them, like David Beckham, Prince William, and Harry Styles…

Felt a need to include this here as an aside because I stumbled upon these links while searching about loom bands:

Loom bands are a terrific creative outlet for children today – all the more so when we are so ruled by the screen, but let’s not forget to help our children stay safe when they are making loom bracelets, wearing them or playing with them…

“…counterfeit or knock offs of the original Rainbow Loom have been tested to contain high levels of carcinogens. So parents should be wary of that and only purchase the original which has been lab tested to be safe for kids.”

If you’re in Klang Valley, the Original Rainbow Loom can be purchased from The Red Cherry.

Not only that, here are some famous jewellery designers who are also men:

Oh, wonder!
How many goodly creatures are there here!
How beauteous mankind is! O brave new world,
That has such people in ’t! – Shakespeare 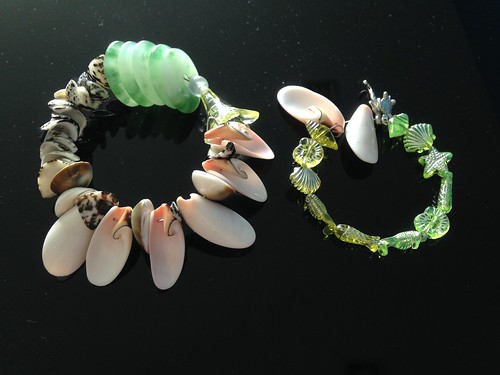