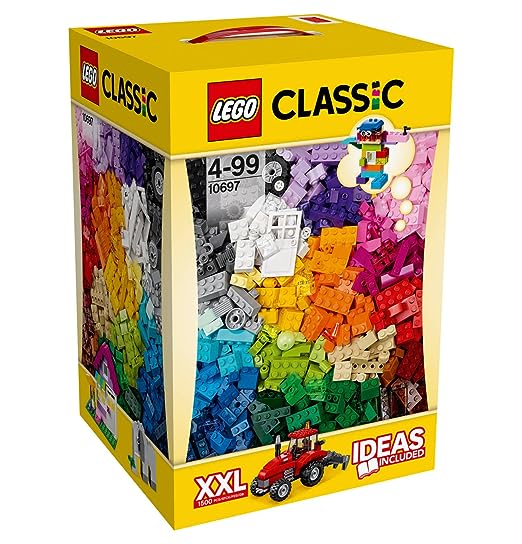 LEGO is a toy that spans generations. As children, we’ve played with LEGO, and now we hand the baton over to our children. Well, some of us anyway. Others remain big kids in the LEGO world.

There have been complaints that LEGO is no longer the toy that we grew up with because the sets are becoming so specific that they do not encourage children to build creatively. While that may true in a sense, LEGO is still a toy that can teach children a lot of things.

If you’re bothered by the lack of creativity inspired by the structured LEGO sets, then look for the original LEGO classic sets. They offer little in the way of direction and still encourage free creative play for children to build anything they can imagine. If you dislike the idea of your children following a set of specific instructions, these free play blocks are the way to go.

LEGO Build Your Own Adventure books are another way to encourage children to create their own designs and ideas. Written to inspire, they offer a sampling of ideas to seed further creations.

Aside from these, there are many other books on LEGO to tickle the imagination and spark other creative masterpieces:

Even the idea behind the LEGO movie was about making new creations from old ones. At its heart, LEGO is still about creating whatever the mind can envision.

LEGO Benefits: It is good for developing fine motor skills

Fine motor skills are important for a lot of the regular tasks we perform daily, such as eating, putting on our clothes, and writing. Without them, all of these simple tasks we take for granted would become a chore. Helping children develop their fine motor skills usually requires encouraging them to practice activities that involve the manipulation of objects with their hands and fingers.

Combining LEGO bricks together helps children to develop their fine motor skills. In particular, it helps to build the strength of fine motor muscles which often fatigue easily (think of the children who complain that their hands are tired from writing). Like all muscles, it takes time to build up that endurance. Playing with LEGO is a fun way to do that.

The concentration span required to see a Lego project through from start to finish requires considerable focus especially for younger children. The ability to focus, like many other skills, can be honed with practice, much like a muscle grows stronger with exercise. 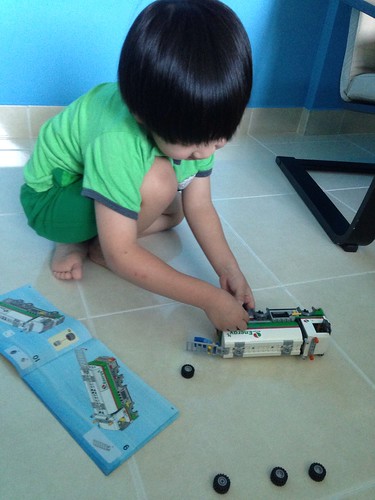 Spatial Intelligence has been defined by Howard Gardner as “a human computational capacity that provides the ability or mental skill to solve spatial problems of navigation, visualization of objects from different angles and space, faces or scenes recognition or to notice fine details” – Wikipedia.

Children need to be able to match the pieces on their construction following the 2D images in the instruction manual. For young children, that can be quite challenging. Sometimes the instructions indicate where the new pieces have been added with arrows. Other times, children need to identify where the new pieces have been added by comparing the new image with the one before. This trains their observation skills. 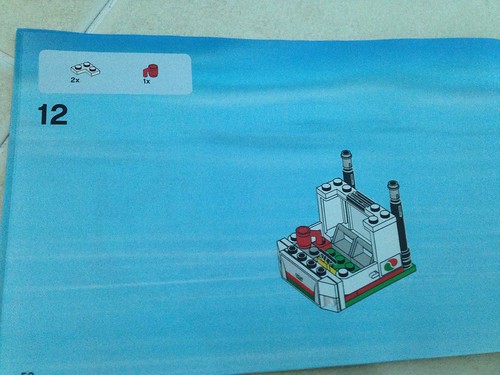 LEGO Benefits: It fosters the development of ideas

Even though following instructions to build specific structures seems counter intuitive to fostering creativity, it really does help to nurture a child’s imagination. You have to learn the rules so you know how to break them.

Creativity doesn’t, in other words, happen in a vacuum – creative ideas are always inspired, nurtured, cajoled, and spurred forward by other ideas. Which means that creative people are always drawing on the work of others, consciously or unconsciously. – There’s no such thing as an original idea 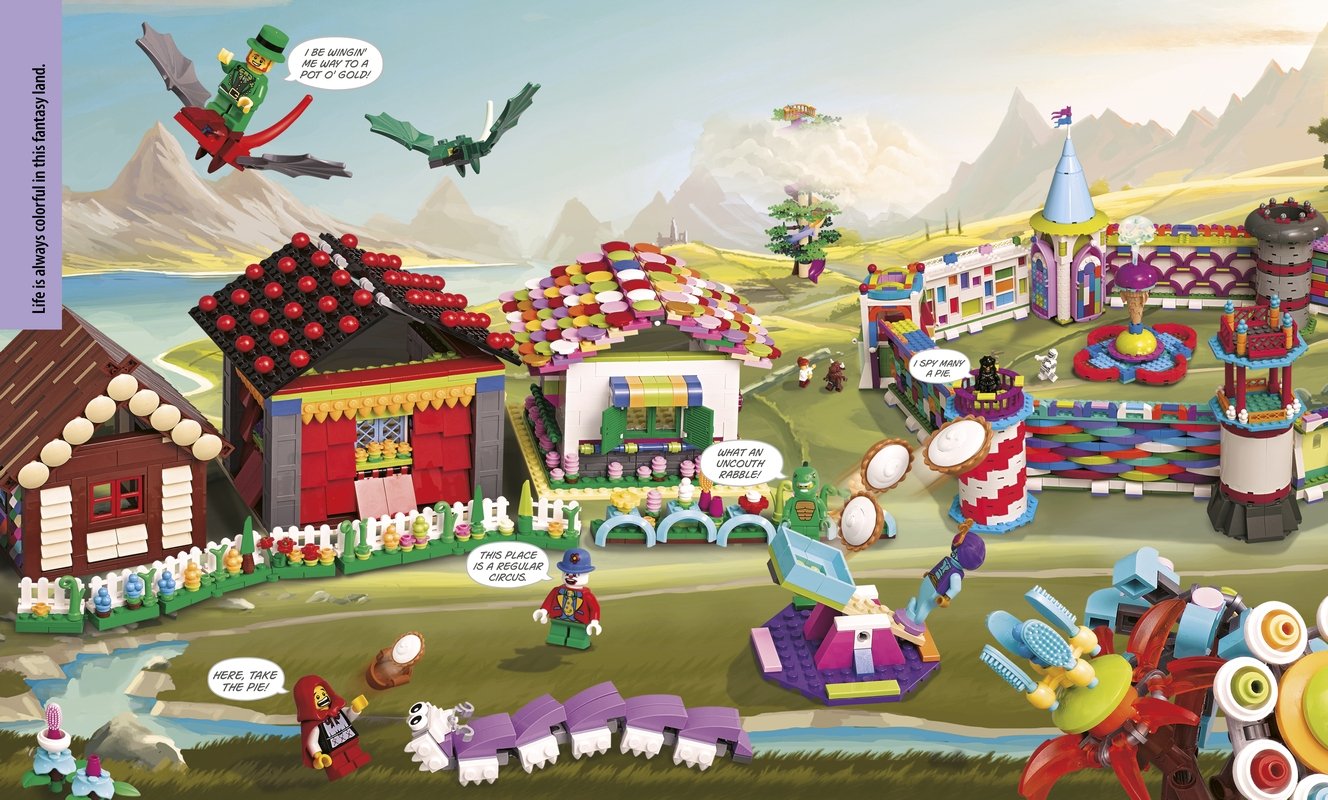 Even the non-imaginative, un-creative, structured LEGO kits that we grumble about have a lesson or two to teach our children. 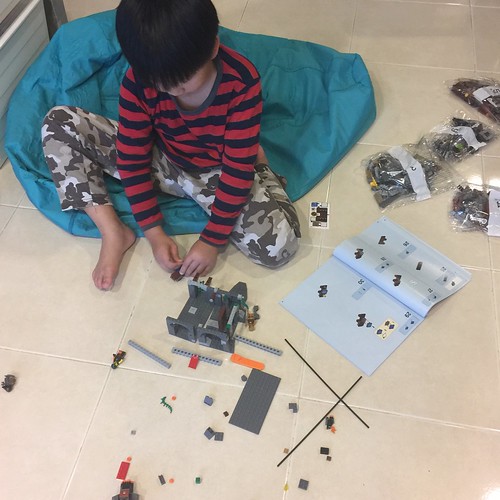 LEGO Benefits: It teaches children to analyse and troubleshoot mistakes

When children make a mistake with their construction, they need to analyse and trouble-shoot where they went wrong. As any adult who plays with LEGO can vouch for, the process of retracing steps to identify where we went wrong is also a challenge within itself. 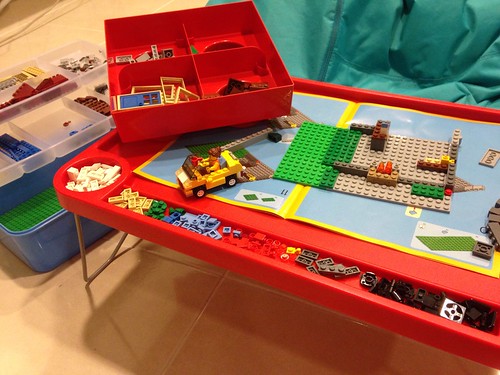 Admittedly, we’re LEGO fans in this household and presumably biased, but if these aren’t great reasons to play LEGO, I don’t know what would be.

In what other ways do you find playing with Lego benefits your children?

2 thoughts on “LEGO Benefits Children in Many Ways”