In the late 1960’s, Walter Mischel, a professor of psychology in Stanford, conducted a series of experiments on children that are now famously known as the “marshmallow tests” (you can read the full details of the study published in Developmental Psychology). The marshmallow test was a study on self-control in children age 4-6 years old. The children were placed in a room by themselves and given a marshmallow. The children were given the option that they could either eat the marshmallow now, or if they were willing to wait while the researcher stepped out for a few minutes, they could have a second marshmallow when he returned.

Similar results were found in a New Zealand study on self-control in children where the researchers “assessed the self-control of more than 1000 people born in Dunedin between 1972-1973 during the first decade of their life and then examined their health outcomes, wealth outcomes and criminal conviction history at age 32.

Even after accounting for study members’ differences in social status and IQ, children as young as three who scored lower on measures of self-control were more likely than children with higher self-control to have the following outcomes as adults: 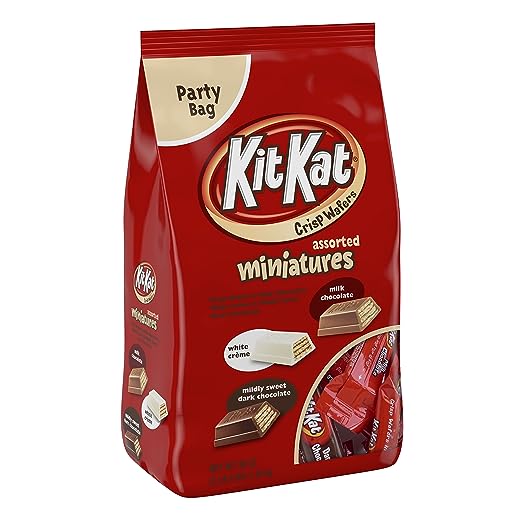 After reading about self-control and future success, hubby decided to give Aristotle our version of the Marshmallow test. After dinner, we gave Aristotle 5 nuggets of Kit Kat and told him that he could eat them now but if he could wait until we finished washing the dishes, he could have another 5 nuggets of Kit Kat. It took us about 25 minutes to finish cleaning up (I waited until we were down wiping down the stove and the sink before I told him we were done :-p).

Our results? Aristotle, passed the test. Not that I would have expected anything else given what I know of his nature. Hercules, on the other hand, would probably have a tougher time delaying gratification. Since he is only 2.5 years, he is still a bit young to be put to the test. Nevertheless, he wanted in on the action. His results? Forget being able to tell him to wait – those little nuggets of Kit Kat were in his mouth before we could give him the instructions.

Don’t Worry, Self-Control Can Be Taught

If you did decide to try the marhmallow test and lamented at your child’s inability to wait, fret not! The good news is that self-control can be taught (here are some activities for teaching self-control) and the children whose self-control improved with age, also had better outcomes as adults. “Even those who already have above average self-control — could reap later rewards from universal interventions designed to improve such skills, especially in childhood but also in adolescence”.

Indeed, Mischel discovered this fact when he “taught children a simple set of mental tricks—such as pretending that the candy is only a picture, surrounded by an imaginary frame—he dramatically improved their self-control. The kids who hadn’t been able to wait sixty seconds could now wait fifteen minutes”. According to Mischel, “Once you realize that will power is just a matter of learning how to control your attention and thoughts, you can really begin to increase it.”

The results are clear, if you want your children to be successful in future, help them develop their self-control. And if you want to know more about how to teach your child self-control, there is a chapter devoted to it in Welcome to Your Child’s Brain by Sandra Aamodt and Sam Wang. If you don’t want to read the book, here are the tips in a nutshell:

One thought on “Helping Children Become Successful in Future: Self-Control”